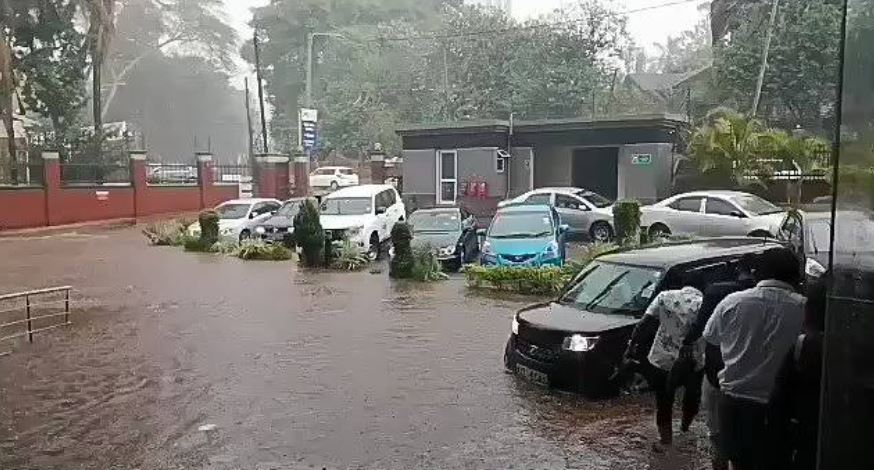 Kenya meteorological department has warned that rains are likely to increase over most parts of the country from March 25 to to Saturday, March 28.

In a notice Tuesday, the weatherman said the rains will intensify to more than 40mm in 24 hours from Wednesday.

Rainfall amounts are expected to increase over parts of Lake Victoria’s basin, Western Kenya and are likely to intensify and spread to the Central regions including Nairobi on Wednesday.

“The intensity is expected to increase to more than 20mm in 24 hours on Thursday, March 26 in Western, Central including Nairobi area, South- Eastern as well as North-Eastern regions,”

Other areas include the highlands East of the Rift valley, the Northeast, the Coastal strip and the South Eastern lowlands.

Throughout the forecast period, several places will experience afternoon showers and thunderstorms.

Evening showers are expected over several places on Thursday and over few places on the other nights.

Afternoon and evening showers and thunderstorms are also expected over few places on Friday.

The rest of the days are likely to be sunny and the nights partly cloudy.

“Residents in all the mentioned areas are advised to be on the lookout for potential flash floods. They are advised to avoid driving through, or walking in, moving water or open fields and not to shelter under trees and near grilled windows to minimize exposure to lighting strikes,” said the weatherman.

The Top Stories on the Internet Today (Wednesday March 25) < Previous
Watch: Woman Attacks Instagram Date After Discovering He’s Not Harmonize Next >
Recommended stories you may like: