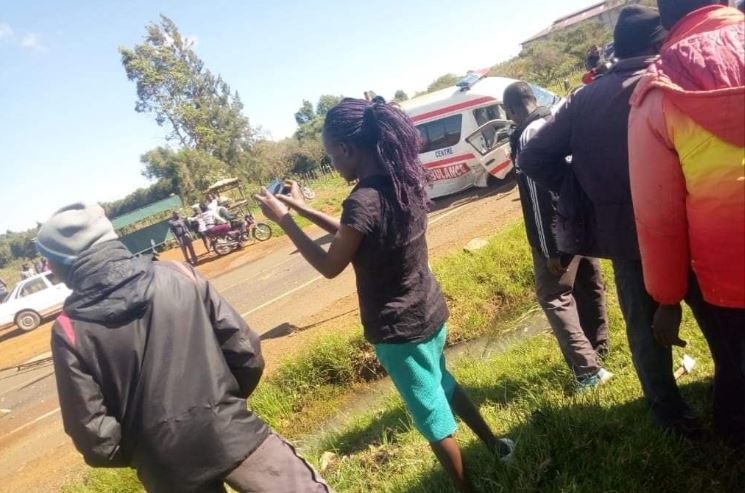 A patient at Moi Teaching and Referral Hospital (MTRH) in Eldoret escaped death by a whisker after he crashed an ambulance that he had stolen from the facility.

The middle-aged man is said to have been brought to the hospital by his relatives on Tuesday, March 24, for mental treatment. As they were waiting to be attended to, the man jumped into the ambulance after the driver had left the engine running to attend to a patient he had brought to the facility.

According to witnesses, the driver was pushing the patient in a wheelchair when the man drove off in the ambulance belonging to Kapteldon Health Centre.

After driving for some distance, the ambulance crashed into the bridge grills at Marura area along Eldoret-Iten road as the suspect was trying to avoid a head-on collision with an oncoming fuel tanker.

The tanker reportedly lost control after hitting a motorcycle before tipping over in the middle of the road. 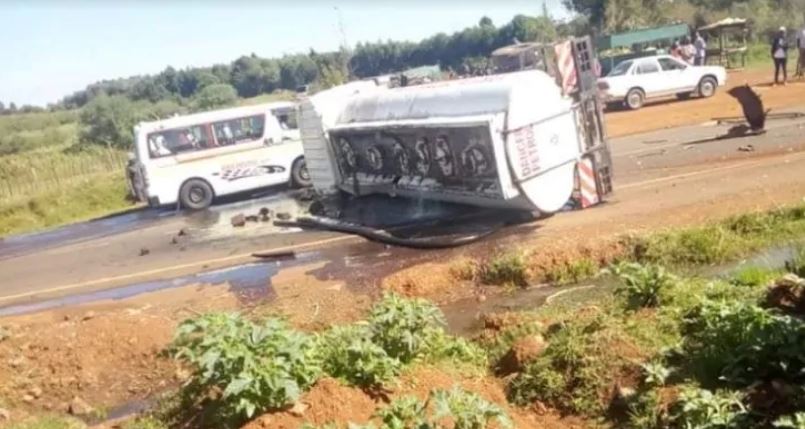 The driver of the tanker and the motorcycle operator sustained minor injuries, whereas the suspect escaped unharmed.

“The motorcycle operator and the tanker driver got injured in the accident, the man was uninjured. When we questioned the ambulance driver, he said he was going home,” said David Bowen, a resident who was at the scene.

“The ambulance was being driven at a high speed and it did not have the siren on, we only heard of a bang after it hit a bridge,” added Moses Kiptum, another resident.

The incident caused traffic snarl-up along the road as police towed the ambulance and fuel tanker.

It is claimed that the suspect used to be a driver but recently developed mental issues and had been taken to the hospital for treatment.

He was arrested and taken to Marura police post. 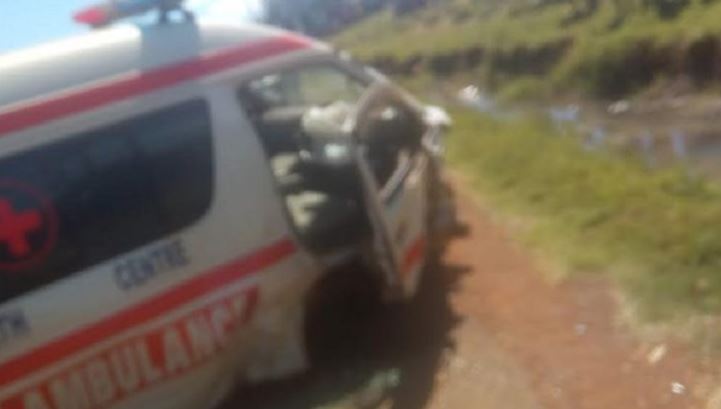