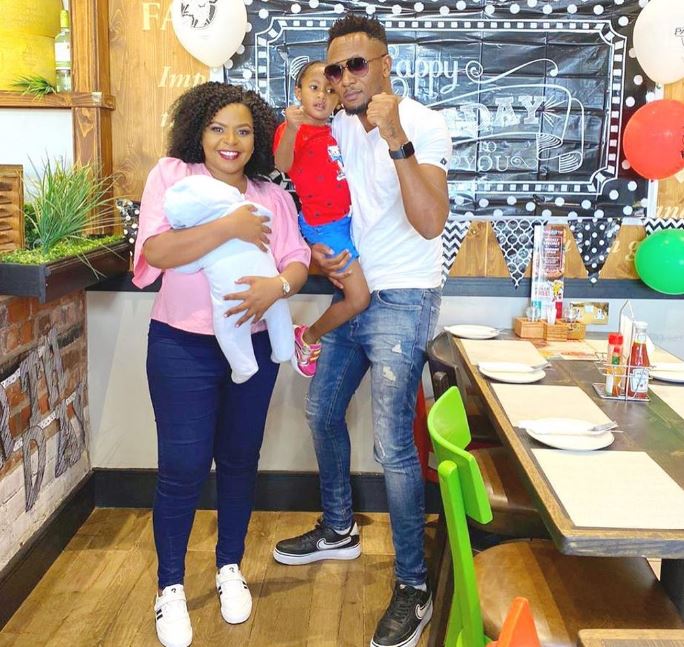 While modern dads are getting more involved in changing traditional family roles such as changing babies’ diapers, DJ Mo has remained steadfast.

In fact, not only has the Crossover 101 host never changed diapers but he also never goes to the kitchen.

Speaking in a recent interview alongside his wife Size 8, the celebrated disc jockey said he has no business being in the kitchen unless he is thirsty.

Size 8 confirmed the same but saved her husband’s blushes by saying that DJ Mo is a responsible dad who is always there for his family and provides as he should.

The Mateke singer cited Mo’s relationship with their daughter, Wambo, saying he is always home early to make sure he takes their daughter to school every morning the next day.

“True. Mo has never changed our babies’ diapers, ever! But he is a very responsible dad. He is very responsible in terms of providing time and provisions. He is always getting home by 8pm to make sure he drops Wambo to school by 7am.

“We don’t have a live-in house girl and so we share those roles well. Wambo and Mo are really close. They really love each other and she can really throw tantrums when he is not around,” said Size 8.

Mother of Ohangla Queen Lady Maureen Blasts Fake Friends For Deserting Singer < Previous
The Trending Images This Friday Next >
Recommended stories you may like: