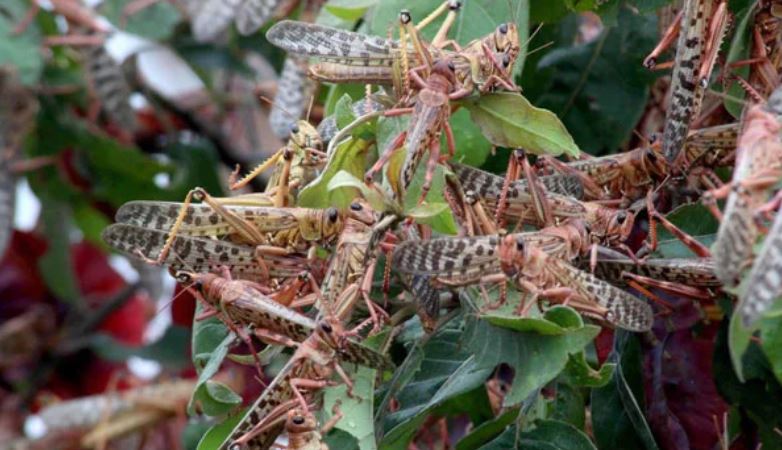 The Kenyan government has dispatched a consultant to assess the damage that desert locusts have caused since they crossed into northeast Kenya on December 28, 2019.

The Cabinet Secretary for Agriculture Mr Peter Munya made the announcement on Sunday, Feb 16, when he came face to face with a fresh swarm in Mbeere, the expansive and arid part of Embu County.

Munya said the consultant and a team of experts will soon be dispatched to affected counties to carry out rapid assessments.

“We would like to know the magnitude of crops destroyed so we can find ways to assist the victims,” he told the residents at Karambari village in Mbeere North Constituency.

The CS maintained that the government is committed to fighting the invasion, saying there is no reason to panic as there are enough chemicals and equipment.

Munya said the desert locusts in Embu are mature and have started laying eggs.

“We would like to destroy the locusts and their eggs. One locust lays 160 eggs so the insects should be eliminated before they all lay eggs,” he said, adding spraying should take place before they spread to other parts.

“Hoppers have between three to six weeks before they fly. We have a plan in place and we have mobilised resources running up to June this year.”

Kenya’s Ministry of Agriculture has also warned East African countries to brace themselves for a second round of invasion by the desert locusts in the next one to two months.

All The Trending Images This Monday < Previous
DP Ruto on Alleged Involvement in Echesa’s Sh39bn Arms Scam: “It’s a Choreographed Smear Campaign” Next >
Recommended stories you may like: