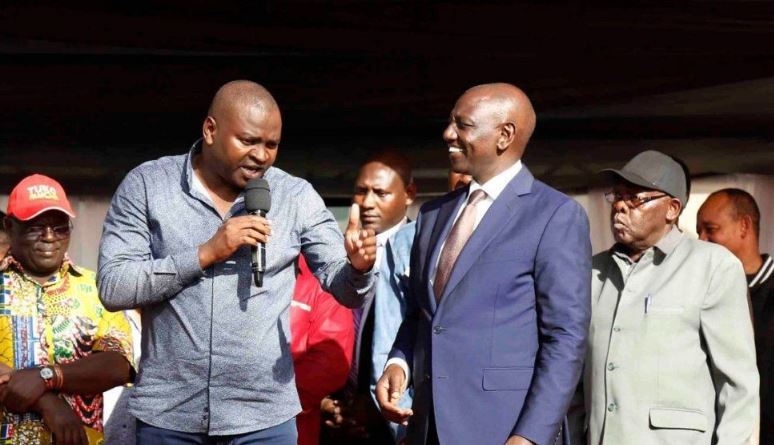 Deputy President William Ruto has distanced himself from claims that his office was used by sacked Sports Cabinet Secretary Rashid Echesa to mastermind a Ksh.39 billion arms scam.

Noting that he was not aware of the deal Echesa, a perceived close ally of the DP, was executing, Ruto rubbished the reports as a “choreographed smear campaign” by his political competitors.

“The desperation of my political competitors on their choreographed smear campaign against WSR is evident even for fools (whom we have a shortage for) to see,” said Ruto.

“Just wait and see where this will end up. Washindwe! Go for the fraudsters. Leave me to serve the nation.”

He said that his office does not procure anything for any ministry or department.

“ODP does not procure for any ministry/department. Question: other than 23min in Annex, for months, which government offices involved in the ‘tender’ did the scammers visit? Did they access DOD? Who facilitated? Who did they meet? Get the truth. Forget the sponsored NONSENSE in media,” he tweeted on Sunday.

Mr David Mugonyi, the DP’s press secretary, said Ruto “was not scheduled to work from Harambee House Annex and indeed did not visit the premises at any point on that day.”

The publication reports that Mugonyi did not give details on whether Echesa and the agents of military equipment supplier Eco Advanced Technologies were allowed access to the DP’s floor.

Muginyi said the three men “promptly departed” Harambee House Annex after they were informed that Mr Ruto was not around.

Locust Invasion: Ministry Hires Consultants as Egg-laying Swarm Invades Mbeere < Previous
The Top Stories on the Internet Today (Tuesday February 18) Next >
Recommended stories you may like: