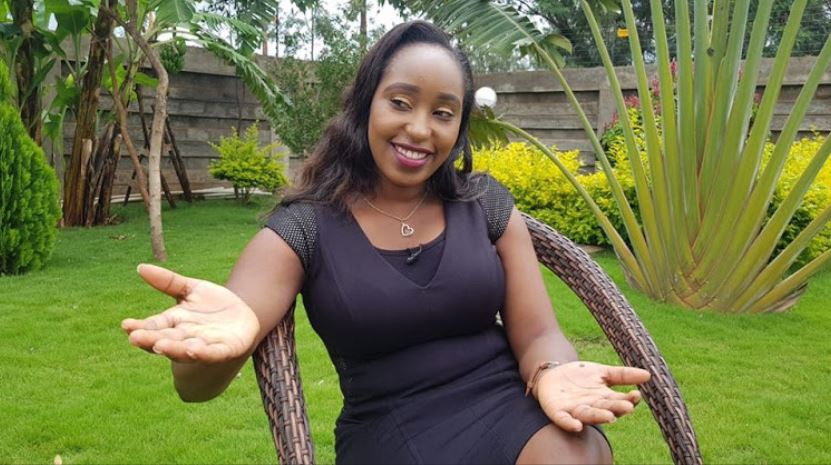 Gospel musician Winnie Rose Wangui opened up about her short-lived marriage that lasted 59 days saying it was riddled with drama and disagreements.

“We went separate ways and I think he got a better wife than me and life continued.

“We tried to solve them(our differences) but not amicably,” she said in a YouTube interview.

Asked if she has moved on, the Inooro TV news anchor said: “We separated when I was pregnant and so I spent nine months alone and I had to start life again, from buying a cup to everything.

“The pregnancy journey was the most challenging since there were so many stories going around. I isolated myself from everyone, even my friends, and got only a small circle of friends.”

Winnie declined to reveal the main reason for the divorce terming it “unhealthy talk”.

“I have bigger plans now but I don’t regret because I am raising a child,” she said, adding: “But I can never trust people now.”

In fact, Winnie said during her delivery, when the doctor said she needed to have surgery, she signed the consent form alone.

“All I wanted was my peace and to hold my child. I was in a private ward and I did not want anyone in my ward,” she said.

“I went to theatre alone and the only phone number I gave was my mother’s. I called her after a successful surgery.”

On how long her ex-husband took to remarry, the singer said: “I don’t know but what I am sure of is that his child and my child are almost agemates.”

Winnie noted that she believes in marriage but parties involved have to put in the work and believe in the process of God.

The media personality got married to Reuben in April 2017.

Otile Brown: I’ve Been Troubled Emotionally and Mentally Since Last Year < Previous
Zari Serves Savage Clapback to Troll Over ‘Prostitute’ Remark Next >
Recommended stories you may like: