Authorities at Kianyaga Police Station in Gichugu, Kirinyaga County have in their custody a woman suspected of killing her inebriated husband and then hanging his body in their house in an attempt to cover up the murder as a suicide.

Catherine Wambura Kinyua, 29, is said to have picked a quarrel with her husband Lawrence Kariuki, 36, on Tuesday night which degenerated into a fight.

Investigators suspect that she took advantage of Kariuki’s intoxicated state to overpower him and knock him down. The mother of a two-year-old child then allegedly stuffed socks down her husband’s throat, choking him to death.

He said an autopsy was carried out, ruling out suicide as the cause of death.

“We have conducted the postmortem and, according to the doctor’s report, the man did not commit suicide…he was unable to breathe after socks were put in his mouth by the suspect,” Mbogo said. 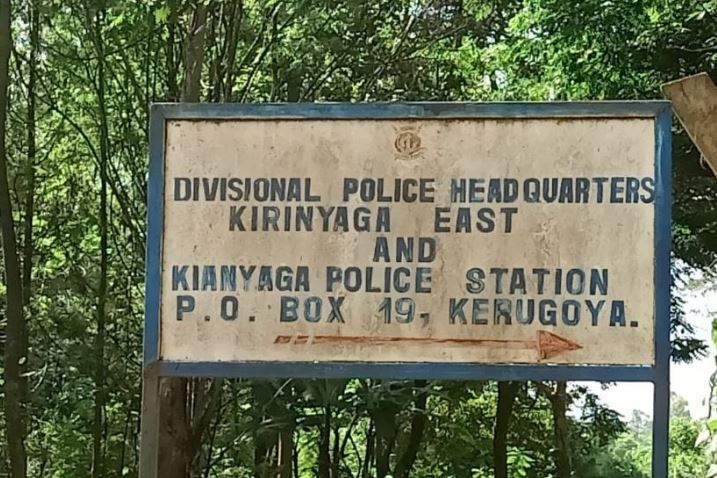 Kirinyaga East Police Commander Antony Wanjuu said his officers became suspicious when they visited the scene and found socks in the mouth of the victim.

“When we saw the condition of the victim we decided to have a post-mortem examination conducted on his body. The results have indicated that he didn’t commit suicide and we are treating the matter as murder,” he said.

Adding: “The suspect has committed a very serious offence and she must face the law.”

Area residents said Mr Kariuki, who was a cobbler at Kimunye shopping center, constantly fought with his wife whenever he was drunk.

“The wife used to accuse him of drinking instead of providing upkeep for his family. We suspect that day the woman was so angry when Kariuki arrived home drunk without food for the family and killed him,” one of the residents is quoted as saying by Daily Nation.

Juja Police Find Expired Govt Sanitary Towels Being Repackaged for Sale < Previous
Babu Owino Arrested After Shooting DJ at B-Club Next >
Recommended stories you may like: