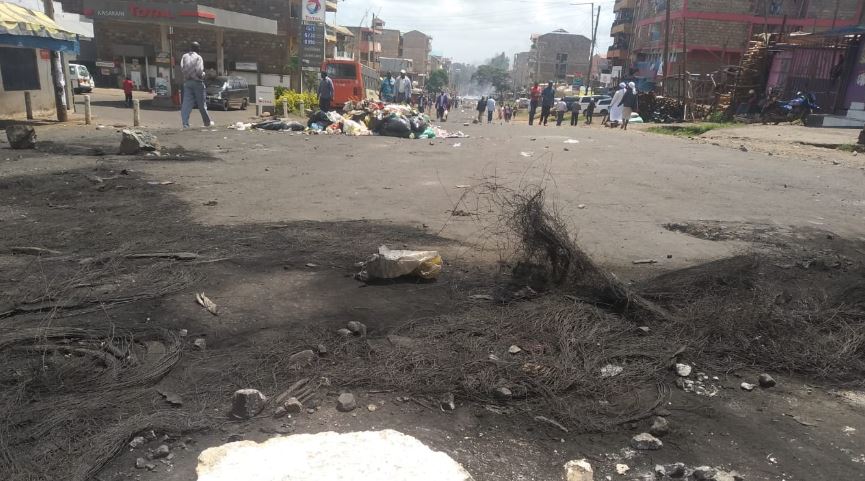 After four days of chaos and protests over the poor state of the Kasarani-Mwiki- Njiru road, area residents can heave a sigh of relief after a resolution was reached on Thursday.

The amount is part of Sh1.7 billion set aside to repair 13 kilometers of roads in the city.

“We have already sent a team and the machinery to Mwiki to make the road passage for now as we prepare for full work,” Sakaja said.

Silas Kinoti said they are aware of the poor state of roads in Nairobi and repairs would begin as soon as the rains cease.

A representative of the six matatu Saccos that had halted operations in protest said they would resume work as soon Kura starts to repair the dilapidated road.

“Yes, we have reached an agreement and I would like to assure the residents of Kasarani and Mwiki that we will be back on the road this afternoon as Kura starts to repair the road,” the representative said.

Kivutha Kibwana Confident He Can Beat Raila, Ruto in 2022 < Previous
HIV Positive Woman Awarded Sh250,000 After her Friend Revealed her Status Next >
Recommended stories you may like: