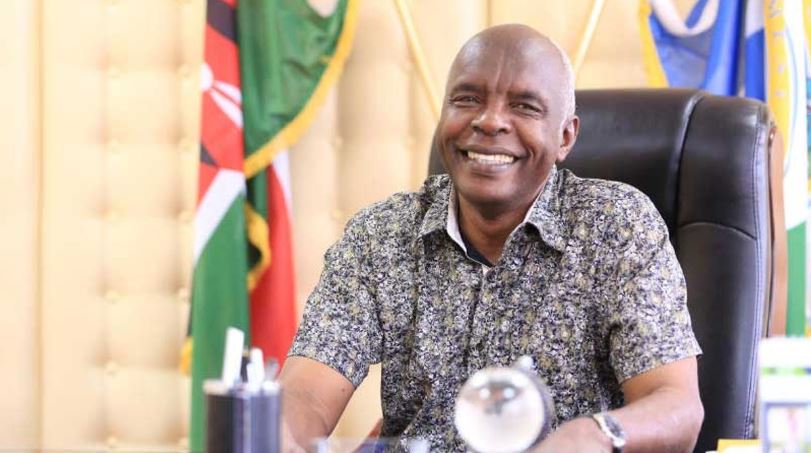 Makueni County governor Kivutha Kibwana is confident that he can beat DP William Ruto and Raila Odinga to the presidency in 2022.

According to Kivutha, Kenyans were tired of being mobilized based on their ethnic groupings, and this could be decisive in his quest to succeed President Uhuru Kenyatta.

“I think yes(I can beat them). We have this problem of negative ethnicity and it is something that is fueled by us, the politicians…I can feel that Kenyans are getting tired of being mobilized on ethnic basis…” he told Jeff Koinange on JKlive on Wednesday night.

At the same time, the County CEO said one of the many qualifications that endear him to the people was his success in people-centered development in Makueni.

He noted that it was possible to replicate the same success at the National level and ensure Kenya competes with first world countries at a global level.

Kivutha said he was open to forming an alliance with like-minded people and refuted claims that he is too nice and soft for a position that requires firmness.

“Maybe on the surface I look very nice but when real things need to be done we have to do them,” he stated.

Kivutha also addressed his fallout with Wiper leader Kalonzo Musyoka saying: “I think we agreed that each one of us would walk their path and therefore although technically I’m in Wiper I do not really practise my work through Wiper.”

On youth unemployment rate, Kivutha averred: “In my view, 1 out of 3 people employed in the public sector should be a youth… these young people have the ability to solve your problems in a different way.”

I Lost My Appetite After Uhuru Appointed me as CAS, says Nadia Abdalla < Previous
Relief for Kasarani Dwellers as State Releases Sh300 M for Road Reconstruction, Matatu Operators Resume Operation Next >
Recommended stories you may like: