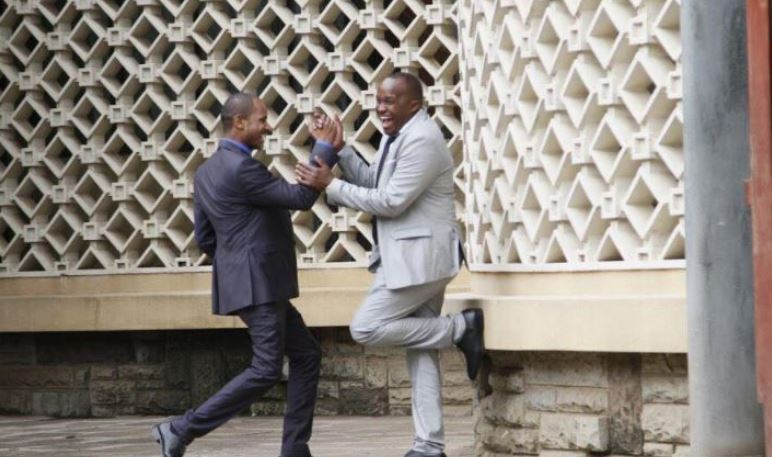 It appears there is still no love lost between political frenemies Babu Owino and Jaguar after the Starehe MP made light of his colleague’s problems.

As you’re already aware, the Embakasi East MP is in remand at the Industrial Area Prison awaiting a court ruling on his bail application on January 27. This appears to have provided Jaguar with an opportunity to mock his nemesis with whom he exchanged blows during the divisive 2017 presidential election.

On Tuesday, Jaguar donated several mattresses to inmates at Industrial Area Prison, announcing that Babu Owino would be one of the beneficiaries.

“Today I will donate over 200 mattresses to Industrial Area Prison, Starehe. I believe that remandees should be as comfortable as possible as they await the outcome of their cases. My colleague, Hon. Babu Owino, will benefit from one of the heavy-duty mattresses,” he tweeted.

Naturally, Kenyans on Twitter had something to say about Jaguar’s gesture, with some accusing him of being petty. Others, like Stivo Simple Boy, alluded that Jaguar is a ‘Kigeugeu’.

Another Kenyan on Twitter(KoT) wrote: “You should be pushing policy to make the judicial process & prisons less painful &more efficient The poor need justice not charity! Kigeugeu.”

“Gov Sonko and Waititu will also benefit from the same,” said another.

“He will beat you again when he comes out – don’t forget,” another internet user tweeted.

Some more reactions below. 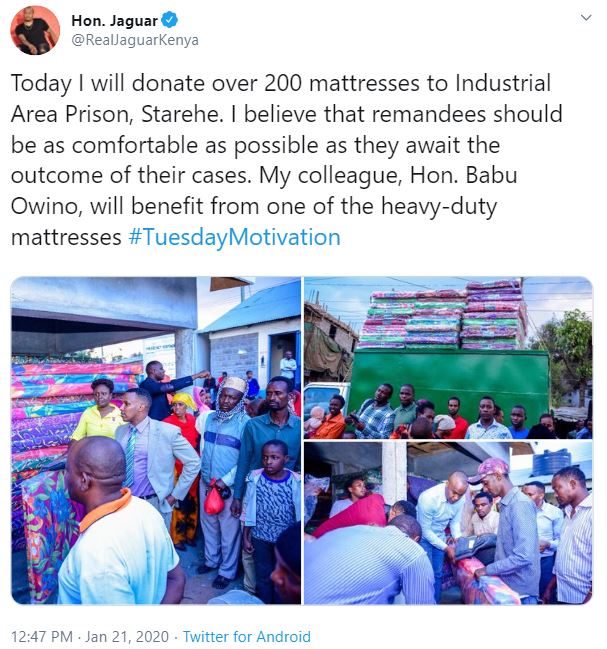 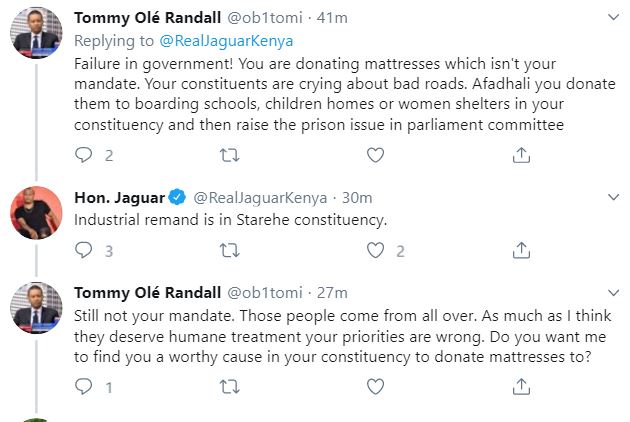 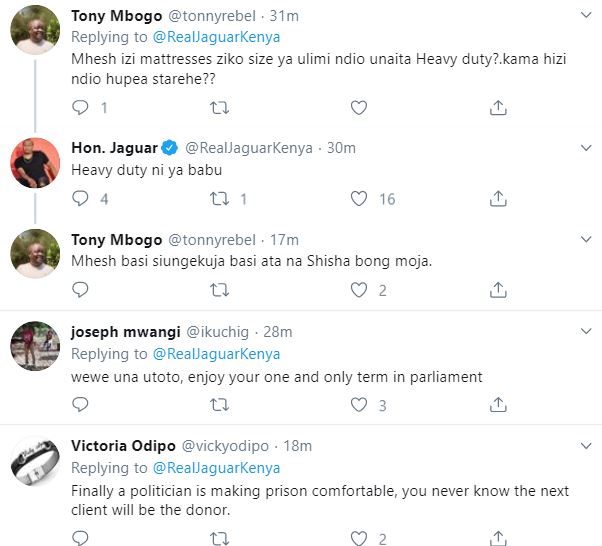 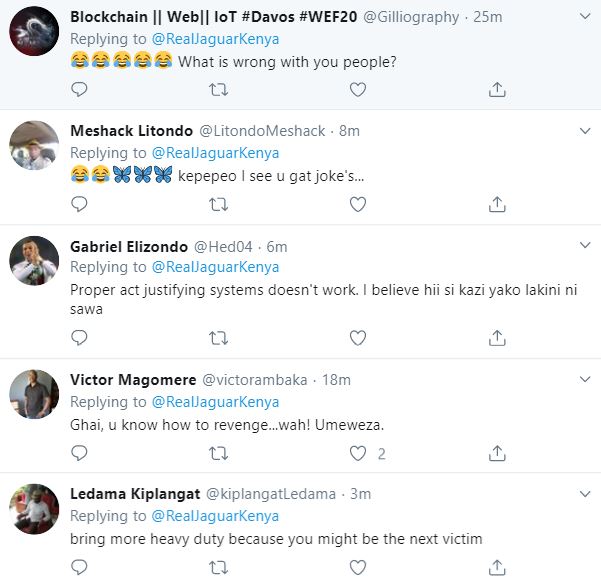 SDA Students Suspended after Skipping Exams for Church < Previous
The Trending Pics in Nairobi This Wednesday Next >
Recommended stories you may like: