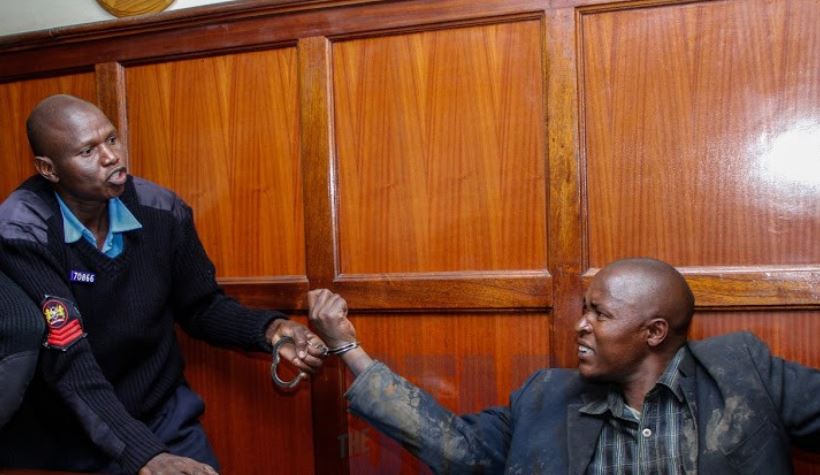 Drama ensued at the Milimani Law courts in Nairobi Wednesday after a felony suspect swore that he would rather die than pay Sh30,000 cash bail to secure his release.

Daniel Njonjo Mwangi was facing a felony charge after police found him in possession of a rungu and kitchen knife on Kimathi Street in Nairobi on Tuesday, January 7 at 12:45 pm.

The accused pleaded not guilty to the offense of attempting to commit a felony. But as Senior Resident Magistrate Muthoni Nzibe was preparing to free him on cash bail, all hell broke loose.

Njonjo started shouting: “Afadhali nikufe. Sikufanya chochote na sina pesa(I would rather die. I didn’t do anything and I don’t have any money).

The suspect further resisted attempts by a police officer to handcuff him and even headbutted the law enforcer.

It took at least 5 court orderlies to drag Njonjo out of the dock and into the court holding cells. All this while, Njonjo continued to resist and plead his innocence. 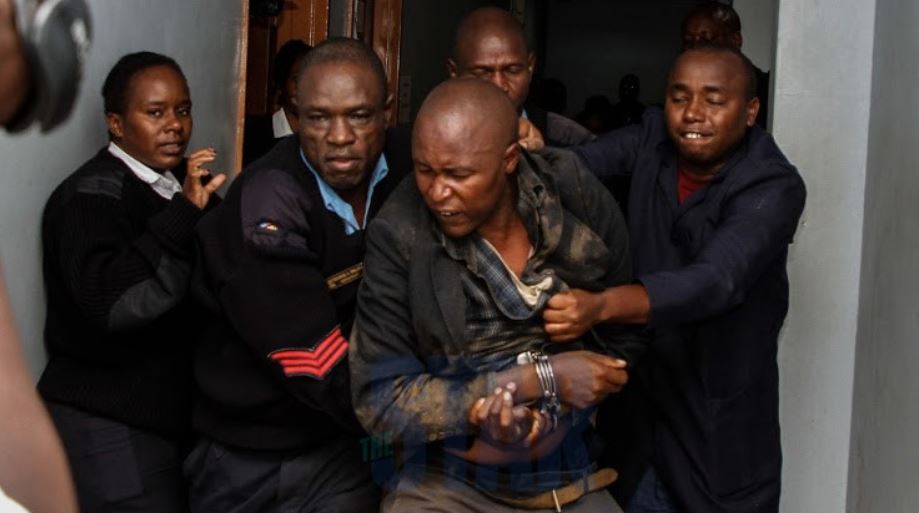 Nonetheless, Magistrate Nzibe granted Njonjo a cash bail of Ksh30, 000 and set the date for mention on January 22.

Mwangi told the court he was arrested by police while on his way to a funeral. He claimed the cops clobbered and pushed him into a sewage tank before handcuffing him.

But the cops who arrested Mwangi said they grew suspicious of his motive when they met him on Kimathi Street and he started running away.

In a report filed at Central Police Station, the officers claim Mwangi threw himself into a pool containing wastewater before they subdued him and found a rungu and kichen knife on him.

Sidenote: If you listen carefully, you might hear someone mumbling ‘Katoto Hodari’ at the beginning of the video in reference to Magistrate Nzibe. Smh!!

Two Dead After Plunging into Indian Ocean on a Motorcycle < Previous
The Top Stories on the Internet Today (Friday January 10) Next >
Recommended stories you may like: