KRA: We Must Recover Sh250 Billion Lost Through Tax Evasion 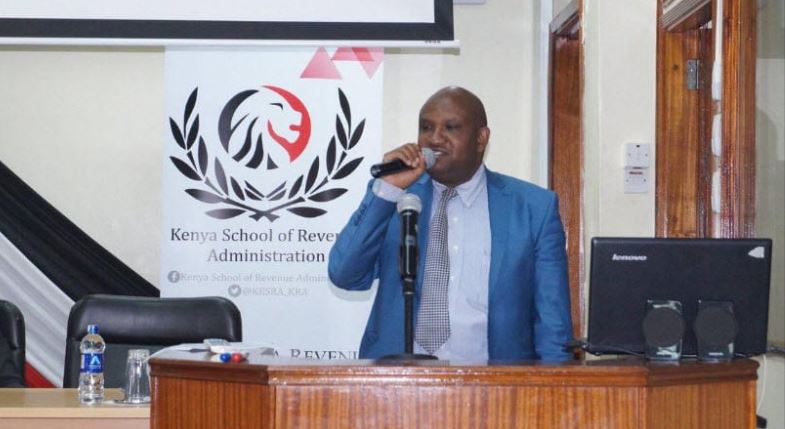 The Kenyans taxman has maintained that the ongoing purge on tax evaders is not personal and is aimed at recovering hundreds of billions lost through tax evasion.

KRA’s Commissioner-General James Githii Mburu, who promised a new dawn in the crackdown against tax evaders in the country following his appointment three months ago, said the taxman will recover the cash through prosecutions and other administrative actions.

He asserted that KRA must recover Sh250 billion lost through tax evasion.

“The war goes on. It is not personal, political or economic sabotage. We must recover a whopping Sh250 billion lost through tax evasion in the past two years only,” he said in an interview with Citizen TV on Tuesday evening.

The commissioner-general attributed the recent high profile arrests over tax evasion to the advanced systems used at the KRA that have made it easier to spot tax evaders.

“KRA like any other agency has evolved from being manual. About four years ago people were paying manual returns. The officials then were tasked to review all files, gather information from financial firms to find out who is evading tax,” he said.

Mburu said another risk indicator they flag off from the system is when a tax payer’s amount paid to the government has reduced over the years.

“If let’s say you paid Sh10 billion last year and this year you are meant to pay Sh3billion, we flag out that too,” he said.

Mburu explained that after they identify the misdemeanour, they engage an army of intelligent officers who gather lifestyle audits to supplement the system findings.

After it is confirmed that you are evading tax, they engage you to find out what the problem is.

“Those you have seen us arresting have been engaged by us but it reached a point where they feel they are determined to evade the law and that’s when we use the law,” he added.

Mburu also observed that a lot of businessmen who have not been paying their rightful share of taxes have come forward to ask for tax payment plans.

“We have no problem when you come to us and tell us to give you a tax payment plan. I want to make paying tax something enjoyable,” he said.

He also cautioned Kenyans to reject the narrative that KRA is fighting individuals or businesses.

President Museveni Sued for Blocking Harvard Student on Twitter < Previous
Linturi, Kitany Dirty Linen Will Continue to Be Aired in Public, Court Rules Next >
Recommended stories you may like: