Photos: Kenyan Caught Smuggling 1.2 Kgs of Cocaine in his Stomach at Bangkok Airport 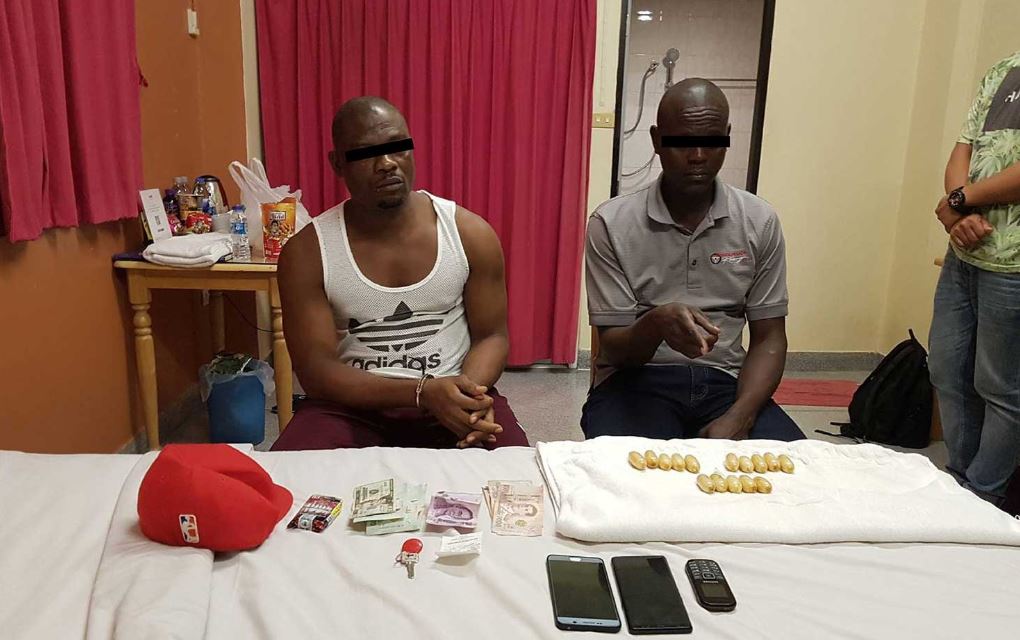 Thailand authorities on Wednesday arrested a Kenyan national for allegedly trying to smuggle more than a kilogramme of cocaine inside his stomach.

43-year-old Glenn Chivasello Ooko was nabbed at Suvarnabhumi airport in Bangkok while on transit from Ethiopia. He was held after an X-ray revealed 68 small packets inside his stomach that were later found to contain 1.2kg of cocaine.

“He swallowed cocaine weighing 1.2 kilograms, which were in 68 packets,” Thai authorities announced Wednesday.

Officers from the Office of Narcotics Control Board (ONCB) also arrested a Nigerian man, identified as Osita Joseph Ukpa, 40, who is said to have hired the Kenyan to smuggle the narcotics.

“This is part of a drug network in Thailand,” said Niyom Termsrisuk, secretary-general of ONCB.

According to a report by the Bangkok Post, the arrests were made as part of the “Airport Interdiction Task Force’’ drugs crackdown.

Drug trafficking is a capital offence in Thailand and is punishable by death.

DJ Kriss Darlin Speaks on his Vision for Kibra Residents as He Seeks to Replace Late Ken Okoth < Previous
What’s Trending in Nairobi This Census Weekend Next >
Recommended stories you may like: