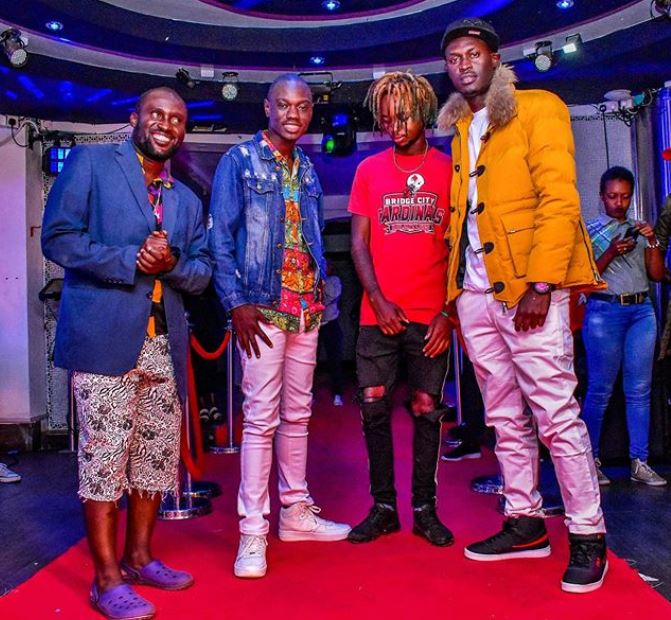 Comedian Eddie Butita, after singing in the shower for most of his life, has finally unleashed his talent to the world.

The 26-year-old is the latest Kenyan comedy act to prove his versatility in music as comedy music continues to gain a foothold in the local showbiz scene.

Butita has marked his debut in music with a project titled, Kidesign – a collaboration with rapper King Kaka and fellow comedian DJ Shiti who plays the role of hypeman in the track and provides the comic relief.

In ‘Kidesign’, the artistes are basically bragging about doing everything by design and in their own style.

The audio is produced by the sensational record producer and rapper Magix Enga while the video is directed by Deska Torres/ Platnumz Pictures.

The project has taken many by surprise but there doesn’t seem to be any negative feedback.

The Top Stories on the Internet Today (Thursday July 4) < Previous
Bahati Breaks Musical Silence With New Song ‘Unavyonipenda’ – Watch Next >
Recommended stories you may like: