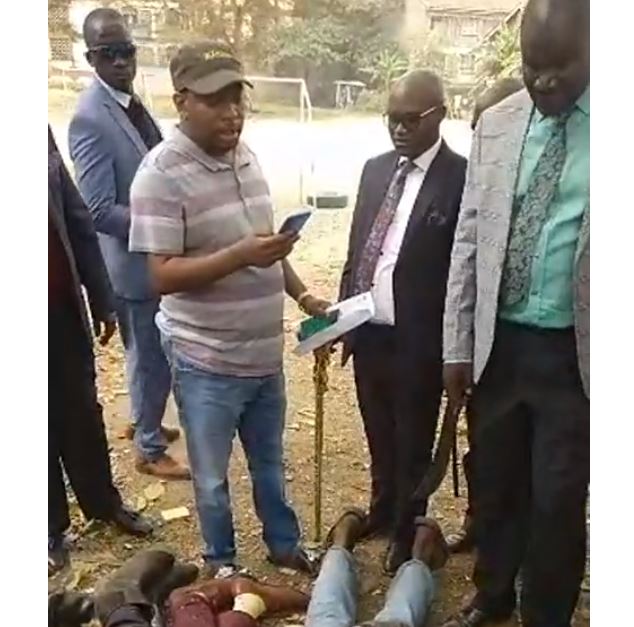 There was drama in Nairobi’s South B estate on Tuesday morning when Governor Mike Sonko led an onslaught against a group of panga-wielding goons.

Led by the Nairobi governor, a contingent of security officials pounced on the mercenaries who were reportedly hired by an alleged land-grabbing city tycoon to take over a public playing field in South B.

In videos posted to social media by Sonko, City Hall officials cornered the group of about a dozen young men and confiscated their weapons. Other goons managed to climb over walls to escape with Sonko and his team hot on their heels.

Dressed casually in jeans and a t-shirt, the governor was in the thick of things, helping the officers round up the goons. One of Sonko’s aides can be seen preventing the county boss from whipping the goons using his walking stick. 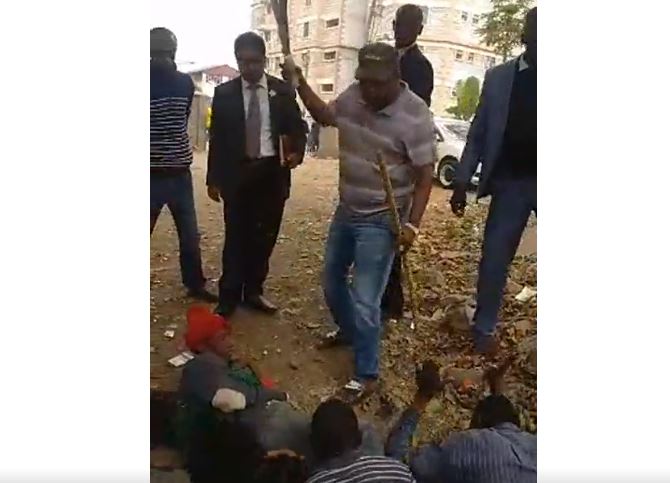 During a heated tongue-lashing by Sonko who condemned the goons for being used to grab public land, one of the men claimed an individual by the name ‘Horeria’ had hired them to protect the land from any invasion.

Residents of South B, who tipped off the governor of the ongoings, claimed that the alleged land grabber had earlier sent police to man the land.

Sonko stated his administration will develop the field into an ultra-modern recreational place.

Watch how the drama unfolded in the clips below.

Wilson Airport Shooting: GSU Officer Accused of Colleague’s Murder < Previous
The Trending Images in Nairobi Today Next >
Recommended stories you may like: