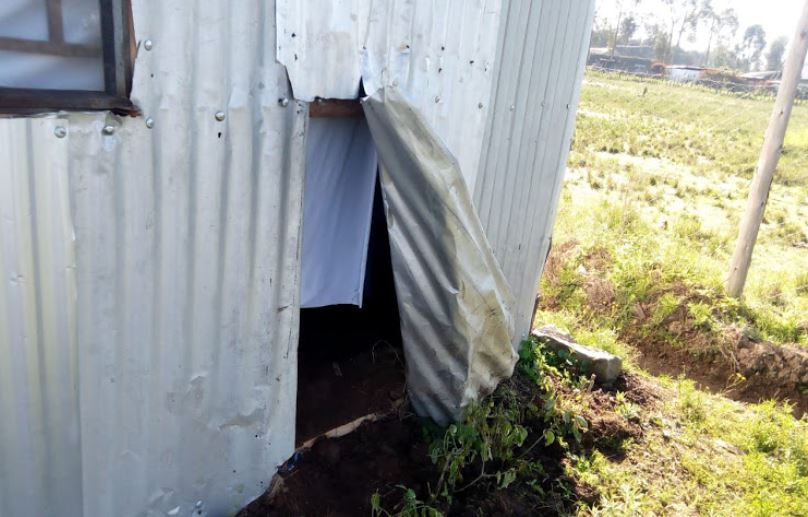 A thief who broke into a church in Engineer town, Kinangop, Nyandarua County has sought the forgiveness of the church and its congregants.

The burglar broke into the Pentecostal Evangelistic Fellowship of Africa church on Sunday night hoping to find money but he ‘got nothing’. In his apology letter, the unknown thief said he was sent by a member of the church who told him there was money.

“Dear fellow Christians. First and foremost good morning. I was sent here by one of your fellow Christians who told me that some amount of money has been kept inside the church, but I got nothing. God bless you all and pray for me. Thanks,” reads the letter signed by “the person who broke the church.”

Reverend Peter Wanyoike who is in charge of PEFA church confirmed receiving the letter saying the culprit will be forgiven.

“But it would have been more prudent if he appeared in person and confessed his sins,” Wanyoike said, adding: “The church will pray to God to help the culprit.”

While Reverend Peter Thuo of the nearby KAG Church said the attempted theft at a place of worship was shocking.

“People should repent and receive salvation because God watches everything they do,” Thuo said.

Here’s that letter. Only in Kenya, aye? 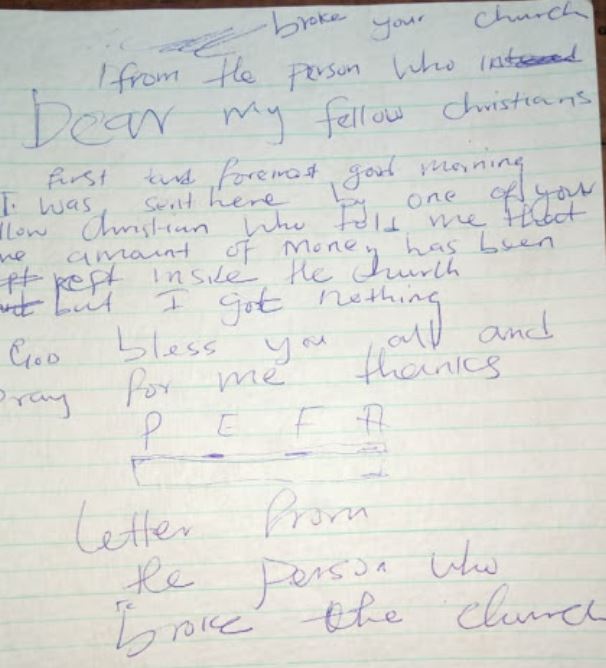 Family’s Agony as 27-year-old Dies in Nairobi Prison Cell After Failing to Raise Ksh 200 Bail < Previous
The Trending Images on Twitter Today Next >
Recommended stories you may like: