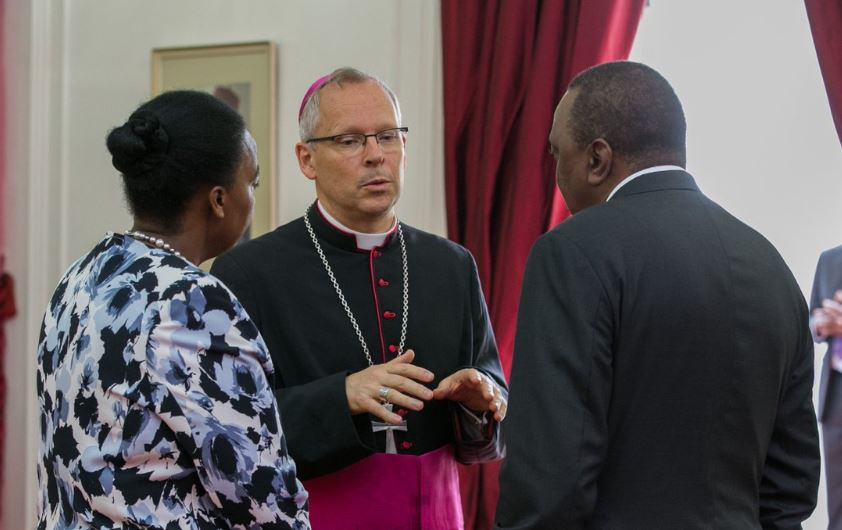 The Catholic Church has assured President Uhuru Kenyatta that it fully supports the ongoing crackdown against corruption.

Archbishop Hubertus Van Megen, the incoming representative of His Holiness Pope Francis in Kenya, said the church stands with Kenya in efforts to end corruption and related economic crimes.

The cleric was among eight envoys who presented their credentials to President Kenyatta today at a ceremony held at State House, Nairobi.

Archbishop Megen said the Catholic Church also stands with the people of Kenya in the commitment to a genuine dialogue between faiths.

“It is only through dialogue, fair distribution of wealth, and a just and transparent society based on respect of the dignity of every man and woman, that lasting peace can be achieved,” the incoming Apostolic Nuncio said when he presented his credentials to the Head of State. 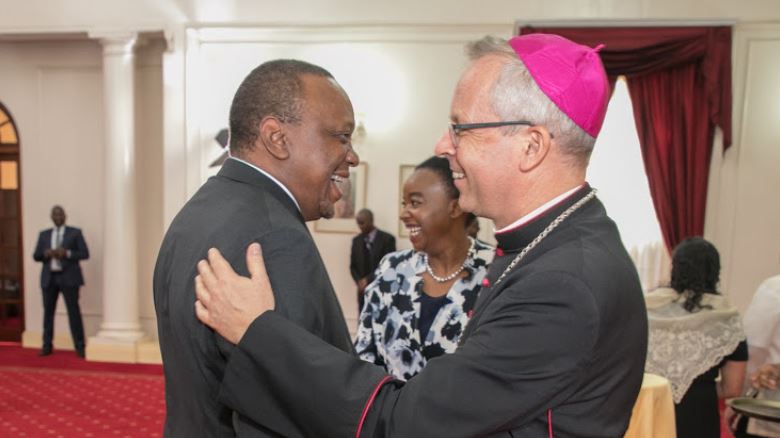 Others were Ambassadors Zurab Dvalishvili of Georgia, Dr Alejandro Garofali Acosta of Uruguay and High Commissioner Angella Comfort of Jamaica.

The Lebanese, Uruguay, Georgian and Jamaican are non-resident envoys accredited to Kenya.

Receiving the credentials, President Kenyatta welcomed the new envoys and said he looked forward to working closely with them to boost relations between Kenya and their respective countries.

“Welcome to Kenya and feel at home. I look forward to working with you to strengthen the cooperation and bilateral relations for the benefit of the people of our countries,” President Kenyatta separately told the diplomats. 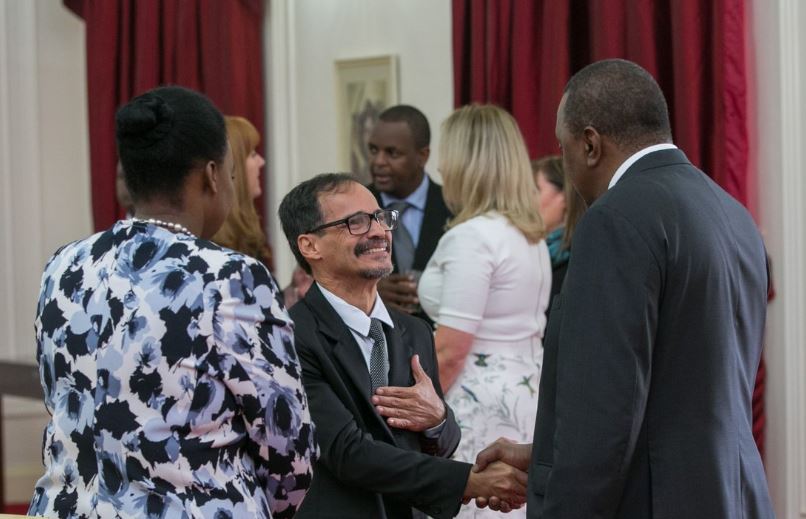 Irish ambassador Quinlan said her country was keen on supporting the Kenya Government’s Big 4 agenda by sharing its experience in science and technology.

“By sharing our experience of investing in science and technology in order to create jobs and develop the skills and expertise of young people in Kenya, I hope Ireland can support your important work to achieve the Government’s Big 4 Agenda,” Ambassador Quinlan told the President.

On his part, Ambassador Chua of the Republic of the Philippines expressed hope that during his tour of duty in Kenya, he will succeed in deepening bilateral relations between his country and Kenya through trade and enhanced people-to-people interactions.

He said while the Republic of the Philippines and Kenya are far apart geographically, the two countries share identical commitments to democracy, social justice, development and progress.

Blow for DCJ Mwilu as Two Petitions are Filed Seeking Her Ouster < Previous
Sh5K Fine For Lawyer Who Wants Sonko Out of Office Next >
Recommended stories you may like: