Why State House Has Canceled Ruto’s US Trip 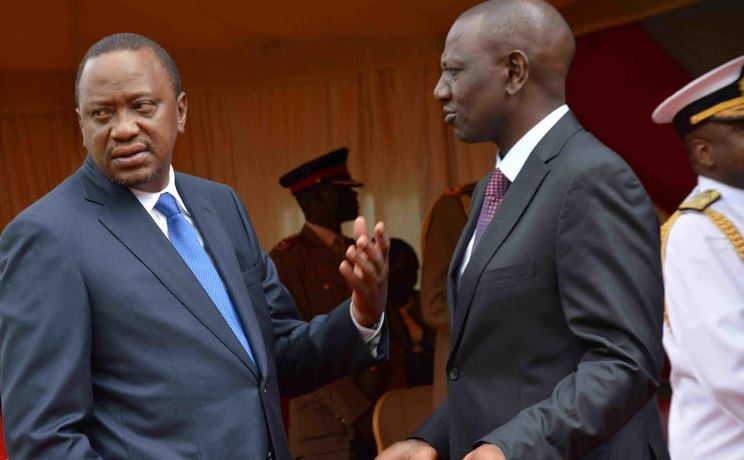 Another row is being reported in the presidency, after it emerged that Deputy President William Ruto has been forced to cancel a planned trip to the US and Canada.

According to The Star, Ruto was to fly out on Monday for a tour of the two countries. While there, he had been scheduled to meet Kenyans in the diaspora, a potentially significant voting constituency. His planned entourage was large, made up of top officials in his office and several loyal MPs.

What the Deputy President’s office termed as an official trip was interpreted by others in the office of the President as an extension of his 2022 campaign.

It has not all been rosy between the DP and his boss, and officials working under them. The President has time and again pleaded with politicians to suspend their 2022 campaigns, but his deputy has been the first to ignore these wishes.

On Tuesday, the DP’s communications secretary David Mugonyi confirmed that the trip had indeed been scheduled. He said that Ruto had several official engagements in the US, and would then have proceeded to Canada to speak at the Open Governance Partnership Conference scheduled for Tuesday and Wednesday next week.

He however noted that there was nothing sinister in the cancellation, as it was only due to scheduling challenges. President Uhuru will also be travelling out of the country this week, and apparently the two cannot be out of the country at the same time.

“His Excellency the President is scheduled to travel to South Africa for the presidential inauguration of Cyril Ramaphosa this Friday. Afterwards, the President is expected in Vancouver, Canada, for a Women Deliver Conference scheduled for June 3-6,” Mugonyi said.

That argument is however not very strong, as it has indeed happened before that Uhuru and Ruto are both out of the country. Some time in 2016, Uhuru traveled to Zambia while his deputy was in Turkey.

The rumours of a rift in government are made strong by reports that an official in the Directorate of America in the Ministry of Foreign Affairs may have been sent packing by Cabinet Secretary Monica Juma for facilitating Ruto’s trip.

This has however been denied by Foreign Affairs Principal Secretary Macharia Kamau.

Eric Omondi Reveals Plans for Sh80 Million Wedding < Previous
Why Is Caillou Bald? Next >
Recommended stories you may like: