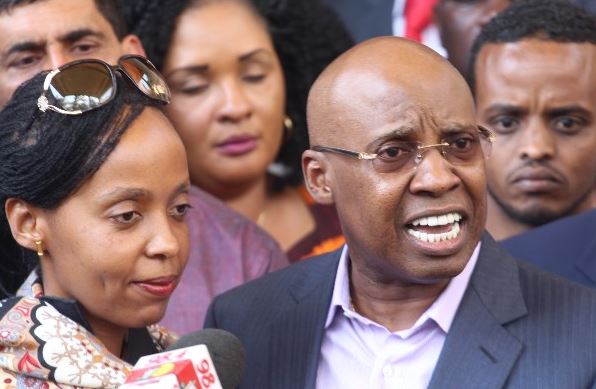 Media giant, Nation Media Group has been ordered by the High Court in Nairobi to pay controversial wheeler dealer Jimmy Wanjigi and his wife Ksh 8 million, for publishing a false obituary.

The bizarre incident happened in February last year, after the 2017 general election, when Wanjigi was supporting Nasa candidate Raila Odinga.

Nation newspaper apologized for the false obituary, and promised to strengthen the checks at its advertising department. They were however unable to produce the person who placed the ad.

In their argument, NMG claimed that it was a third party in the case, with the real culprit being whoever paid for it. That however did not stand in the judge’s view, ruling that the newspaper enjoyed profit from the obituary.

He awarded Sh4 million to Wanjigi, and a similar amount to his wife, for the pain and anguish.

It remains unclear whether the newspaper will appeal.

Safaricom Posts Record KSh 63 Billion Profit < Previous
Orders from Above – Police Ordered To End Investigations into Ruto’s Sugoi Egg Theft Next >
Recommended stories you may like: