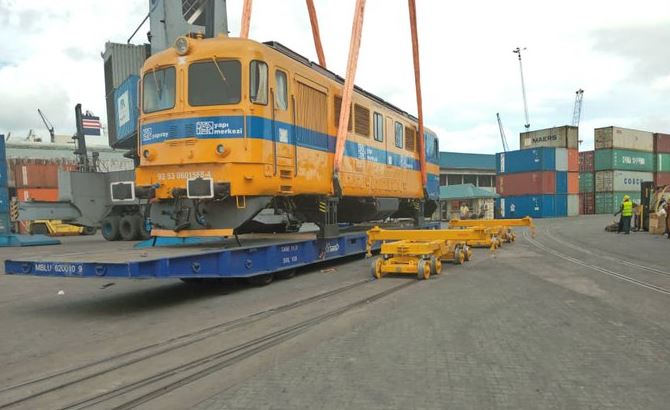 Kenyans and Tanzanians have for many months been engaged in a war of words on social media platforms. The cause of this has been the Standard Gauge Railway lines both countries are constructing.

Kenya went first with its Mombasa to Nairobi line. What was promised to be an electric, high speed line turned out to be only slightly faster than the old line, with diesel locomotives. A lot of explanations have been given, and even assurances of eventually electrifying the line, but not everyone is convinced.

Tanzania on the other hand had the advantage of watching Kenya’s missteps and taking a different route. Their citizens demanded that their version must be electric and truly high speed. And that’s what Magufuli’s government is supposedly delivering. 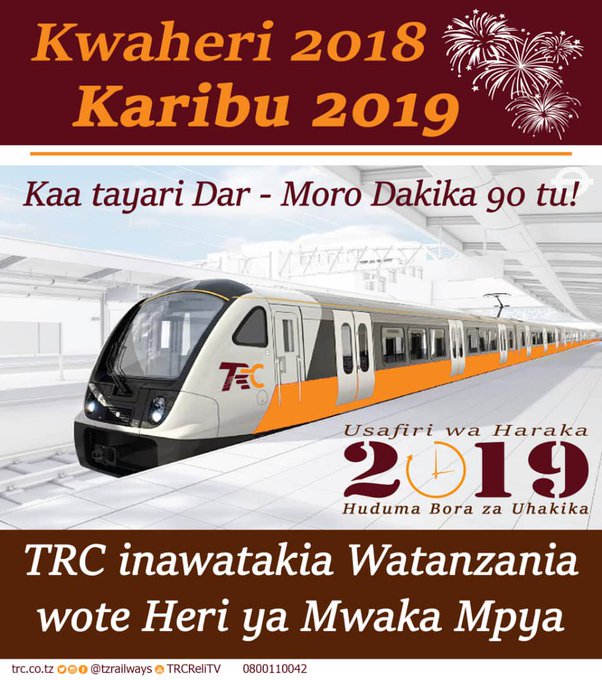 The Tanzanian SGR has been very secretive, perhaps even more than the Kenyan one. While President Magufuli publicly says that they are financing it with internal government funds, there are records of billions of dollars borrowed specifically for this project. At least $2.6 billion has come in form of a loan from Export Credit Bank of Turkey and Standard Chartered Bank.

There are also many conflicting figures on the timelines of this project. Not to mention it freight capacity and so on.

Unlike Kenya, Tanzania went with a Turkish company – Yapı Merkezi for the construction. This week, Yapi brought in what was stated to be a ‘test’ locomotive head. Visuals tell a clearer message than anything that can be written, and word spread fast on the internet that Tanzania’s first locomotive had arrived.

The fact that it is only slightly uglier than the Kenyan locomotives did not help the situation, especially because they had been promised sleek bullet trains. 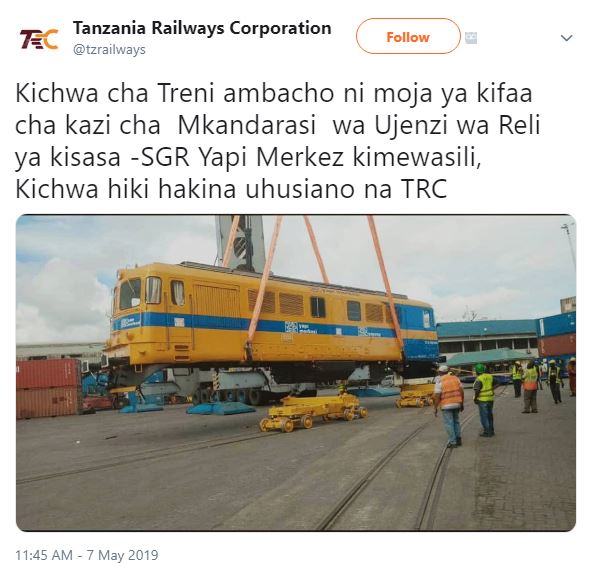 Despite assurances that this was only a test locomotive, Tanzanians were disappointed.

Kenyans, who had been on the defensive for many months, took this time to ridicule their neighbors.

Tanzania must be a superhero whose super powers are to make Kenya and everything Kenyan seem super cool. All of a sudden our SGR seem futuristically sexy! pic.twitter.com/nMuww5PHdn

As if things could not get worse, pictures started making their way on Twitter yesterday, showing that this particular train head had overturned. It is not clear how or where the accident happened, but it makes for a very funny tale. 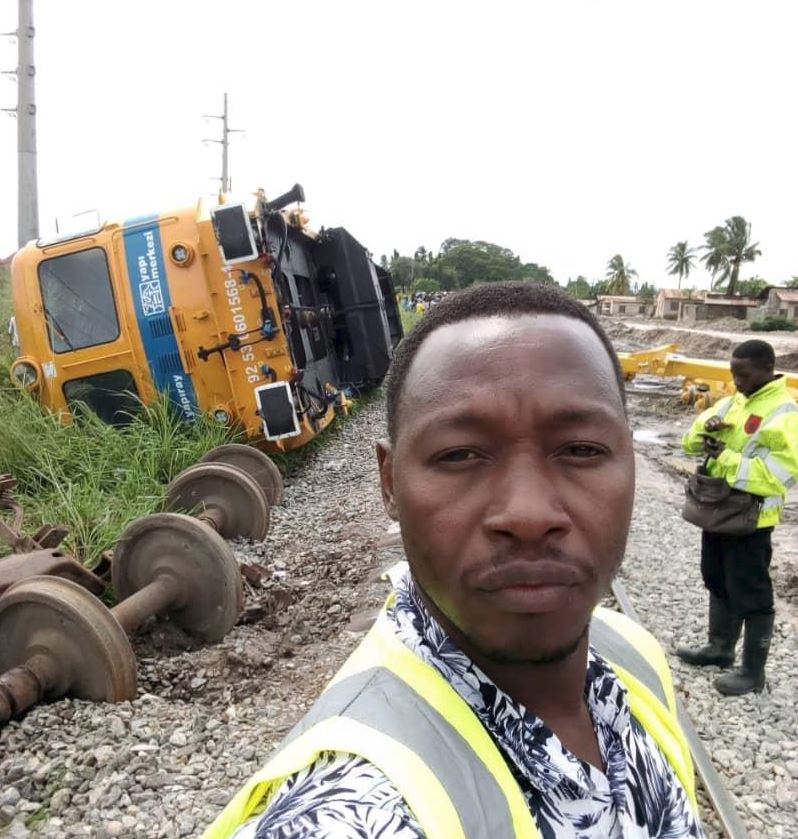 Governor Mutua’s New Houses for Police in Athi River are Actually Decent-Looking [PHOTOS] < Previous
Ruto Congratulates ‘Kenyans’ Origi and Wanyama for Qualifying for Champions League Final Next >
Recommended stories you may like: