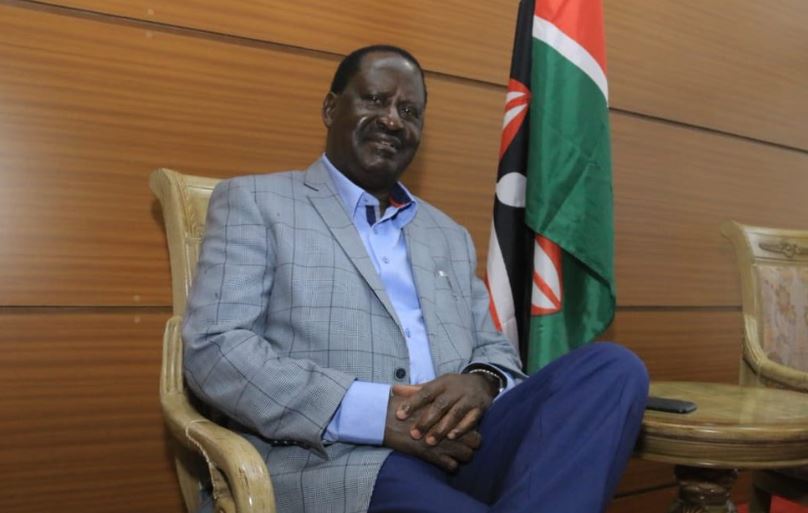 Raila Odinga on Tuesday evening departed for China to attend the second Belt and Road Forum for International Cooperation.

In a statement, Raila, through his spokesperson Dennis Onyango, said he would make the case for synergies in infrastructure development by embracing global standards.

“Mr. Odinga, who is the High Representative for Infrastructure Development for the African Union, will be seeking to put the case for the promotion of practical international cooperation in the areas of roads, railways, ports, maritime and inland water transport, aviation, energy, fiber optics and information and communication technology,” read the statement.

Mr Onyango added, “He(Raila) will also lay the case for synergies in infrastructure planning and development by embracing international standards, fostering a favorable environment and predictability for private sector investment in infrastructure.”

Departing for China to attend the Second Belt and Road Forum for International Cooperation where I shall make the case for synergies in infrastructure planning and development by embracing international standards. pic.twitter.com/J1IWdKjmVh

According to the statement, the AU envoy is also tasked with “promoting public-private partnership and welcoming international financial institutions to increase support and investment for infrastructure development.”

The Orange Democratic Movement (ODM) party leader will be joining other World leaders including President Uhuru Kenyatta in the April 25-27 forum in Beijing.

Speaking in Kisumu over the weekend, Raila said he will accompany Uhuru to negotiate a Sh368 loan billion for extension of the Standard Gauge Railway (SGR).

He expressed optimism that the Chinese Government will grant the loan to extend the SGR line from Naivasha to Narok, Bomet, Sondu and Kisumu.

Another Sh170 billion will be needed to connect the railway line from Kisumu to Malaba.