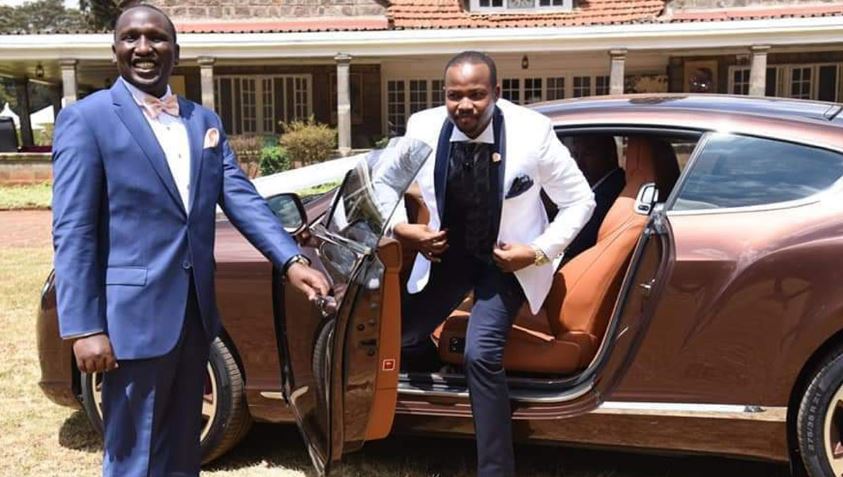 Lang’ata Member of Parliament Nixon Korir is considered one of the more handsome politicians in the country. Some people will argue that his charming looks made it a lot easier for him to clinch the Lang’ata parliamentary seat.

Mr Korir emerged victorious in the August 8 General Election with 40,085 votes, trouncing 16 others who contested for the seat.

A lawyer by profession, Korir was working for the Government as a Secretary for Youth Affairs before joining politics.

Away from politics, the lawmaker also had stints as a model.

He speaks about his modeling career, the attention he gets from the ladies, and more:

To mind my own business.

Hmmm … I say thank you, especially to God, but never let it get to me or make me assume that I am better than others.

When I was vying, I had to prove it wasn’t just about looks but I had something to offer.

We were having a competition for Mr and Miss Parklands when I was in university and I was flaunted by my class. I was the first runner’s up.

Later, while in third year, my girlfriend (now wife) asked me to accompany her to town for a photo-shoot.

They insisted I take photos too and that was how I ended up being picked for the Chevrolet advert while my girl wasn’t.

When they paid me, I was excited and went back for more photos. I was later picked for different other adverts; print, billboards and on television.

I probably did close to 15 adverts, which was lots of fun.

Raising a family. We have two daughters, six and four years old, and a son, eight months old.

Travelling to various destinations. I also enjoy hanging out with friends at my local for ‘nyama’ and a few drinks.

I am an athlete. I trained professionally at a camp in Kapsabet under Coach Mike Kosgey and specialised in 400m and 800m.

I got a sports scholarship at Stanford University but could not proceed due to a fracture, which ended my running career.

I grew up in Solai and like any other villager, most of our memories are about herding and struggling to go to school.

I come from a large family (three mums and 30 children), which provided labour for our dad’s farm.

We would wake up at 5am, go to the shamba until 7.30am after which we would prepare ourselves for school.

Believe in yourself. Everything is possible and you should not allow anyone to look down on you.

*laughs* Surprise me with money, I’ll ‘panga’ myself!

The Trending Images This Monday < Previous
How Kenyans on Twitter Reacted to Earth Tremor Next >
Recommended stories you may like: