Form One Student Expelled For Attending Funeral of Guardian Uncle 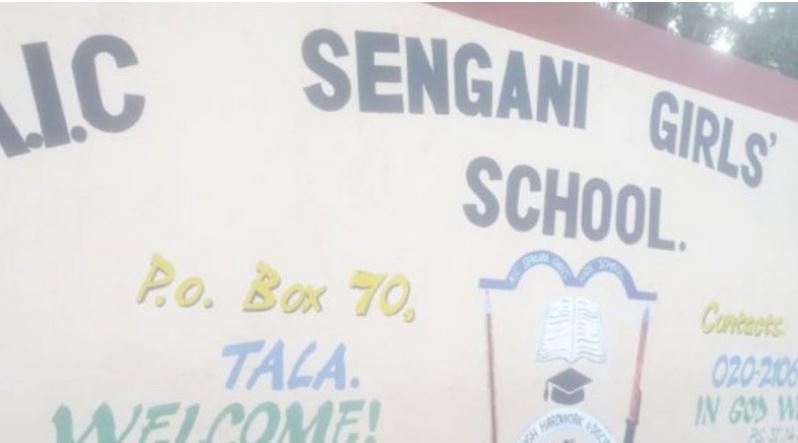 A family of a form one student at Sengani Secondary School in Kangundo, Machakos County is up in arms with the institution for expelling their daughter after she attended the funeral of her uncle, who was her guardian.

15-year-old Eunice Kwamboka claims that she was sent away from school when she returned despite having been issued with a leave-out form that allowed her to go for the family function.

The girl’s father, Evans Ombori, said he went to the school on February 12, 2019, and was allowed to leave with his daughter for the funeral that was slated for February 15, 2019.

Ombori told Citizen Digital that there was no specified return date with the teacher only indicating that it was ‘to be communicated’. 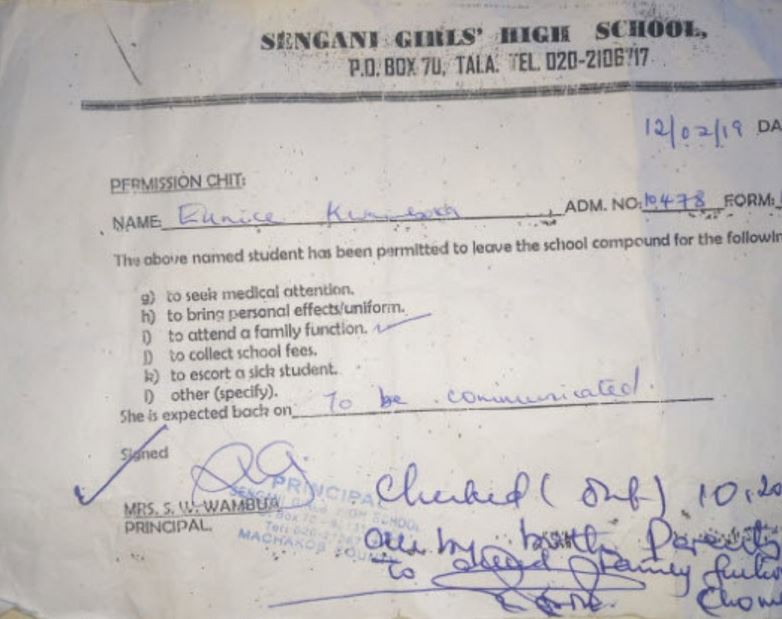 After the funeral, Ombori said that the students had already left for the half-term break and were to return on February 26, 2019. When he took his daughter back to school after the break, Ombori said the principal turned them away.

They returned on Monday, March 4, 2019 but they were turned away yet again.

The Principal identified as S. W Wambua argued that students are only allowed to attend the burials of nuclear family members.

The girl’s father said the uncle was the guardian to his daughter and paid for her fees as he was always away. He is appealing to the Ministry of Education to intervene and help the student return to class.

The Benachis are Pregnant! Gospel Singer Can’t Wait to be Called Dad < Previous
The Latest on Bungoma Teacher Who Beat Student to Death Over Assignment Next >
Recommended stories you may like: