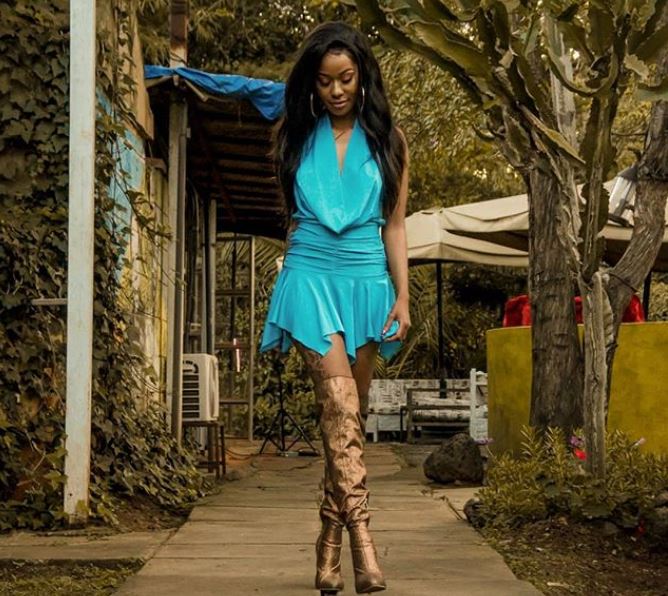 Kenyan female rapper and reality television star Noti Flow is undeniably one of the most salacious personalities in town.

What part of your body do you like showing off most?

My belly. It’s flat, sexy and has a six-pack. I also have a beautiful belly ring that should not be hidden.

How many dresses are in your wardrobe?

About five. I rarely wear them (laughs). You know I am tom-boyish and I don’t know how to sit like a lady, so dresses make me a little uncomfortable.

What is the most honest thing you have ever told a man?

I never lie about my age, unlike many girls. 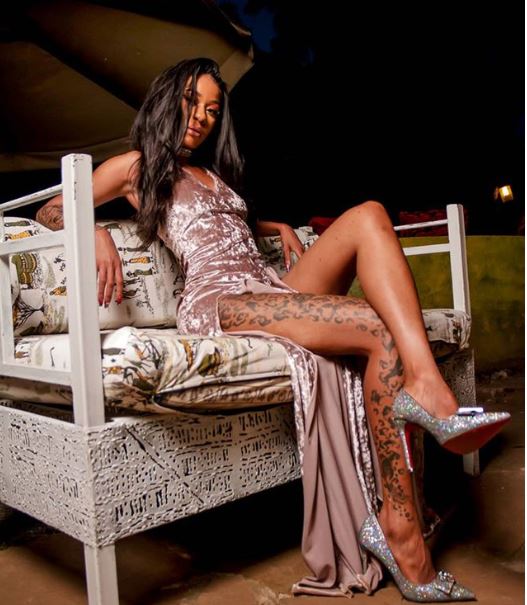 Would you hit on a girl?

Depends. She’s really got to be sexy. I’m too picky.

If you were to give a Valentine’s Day gift to a girl, what would it be?

What is your choice destination for a romantic escapade?

Well, I love nature and water bodies, so think beach.

Who is your worst crush ever?

What is the worst pick up line a guy has ever hit you with?

Let me hit your ‘P’ because it’s famous (laughs).

What gets you weak in the knees?

Well, if I really like someone, a nice kiss gets me there but then again, my nipples are way too sensitive. One touch and I am down. 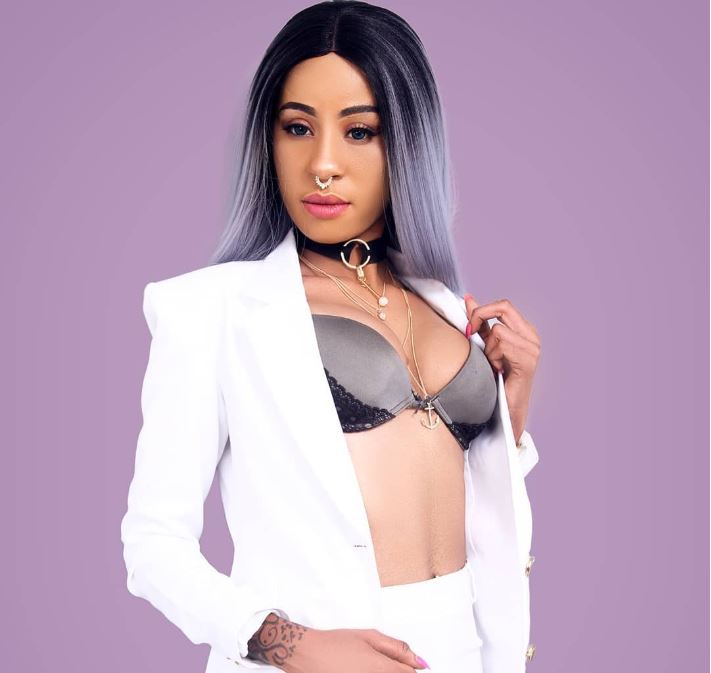 Yes, I have. Once though. It was my boyfriend, another girl and I. We broke up a few weeks later because I was too jealous. I loved him so much and that memory was a bad one. I also found out that they hit it out again without me. That was the end.

What is the best gift you ever gotten from a man?

A boyfriend once bought me a car, but then again, he took it back when we broke up. Kenyan men!

What is the longest time you have ever dated?

My first boyfriend lasted five years. We dated from Form One and I finally gave in to sex after we cleared school. After that we broke up.

What is your most memorable embarrassing moment on a date night?

I went out with this guy for dinner and after eating and drinking, I realised he didn’t have money to pay for the bills. I had not carried money too so I ended calling up my mum to rescue me. Since then, I never go on a date without cash.

What is your weakest point?

That one, one must explore.

Have you ever found yourself on the wrong bed?

Yes, I have. But I just walked away. The guy had sick ideas. I never give in to what I don’t feel.

Wedding Will Happen One of These Days, Says Vivian after Moving in with Fiance < Previous
CRAZY: Funny Pics/Memes Going Viral on Kenyan Social Media Next >
Recommended stories you may like: