Jomo Kenyatta Invited me to Gatundu after Releasing Song about him, Recalls Kikuyu Musician 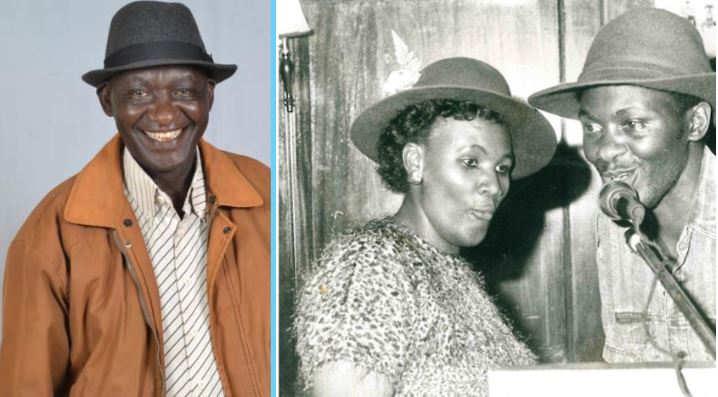 CDM Kiratu is a veteran Kikuyu singer/songwriter who rose to fame after writing a song about then-President Jomo Kenyatta.

Kiratu was only 19 and in college when he received an invite from the late Kenyatta. From then on, his life changed for the better as he became rich and famous.

But Kiratu spent his earnings on extravagance, mostly cars, something he acknowledges is a mistake most musicians make.

He spoke to the Nairobian:

You ruled the airwaves ages ago. Who really is CDM Kiratu?

My full name is Christopher David Mwaura (CDM) Kiratu. I am a staunch Catholic and was born in 1952. I’m an alumnus of Nyandarua High School and Kenyatta College, currently Kenyatta University.

You were supposed to read a tribute on behalf of musicians during the burial of Joseph Kamaru in October 2018.What happened?

It is true I was supposed to read the tribute, but I would rather forget about it. What most musicians feel concerned about is the fact that we were not given a chance to thank the president for his historic support during the burial. We didn’t get an opportunity to thank Kamaru’s fans who made his music career a success.

What was your relationship with Kamaru?

Kamaru was a mentor and a close friend. We became friends in 1972 when I released my first hit song. He was also the best man in my wedding. That is the only time he wore a tie. He liked my music and I liked his as well. He used to advise me on many things, including family matters.

There was a special kind of bond between us because when I was starting out in music as a young man, he made sure I accompanied him whenever he was meeting influential people, including former presidents at State House. We had several collaborations, like Chumbucha Ndari and JM Kariuki. Because of him, I became a household name in Kiambu and the entire country.

How come you no longer compose songs?

I have not stopped composing songs. It’s just that I have not recorded the songs because of lack of resources and family commitments. I plan to start recording next month.

Do you compose music from real life experience or is it from imagination?

I get inspired by both. A song like Kaba Kuinuka (I better go home) is based on a true story. I was working in Nairobi and was not making enough money, so I used the song to advise young men who were suffering in the city to go home and try their luck in the village. That was in the early 70s when I was working for an insurance company as a claims officer, earning Sh700 per month.

I used to compose songs even then and on leaving the insurance company, I decided to record Mugathe Kenyatta (Honourable Kenyatta). This is the hit that thrust me into the limelight. On the other hand, Therera Ngoro (open your heart) is a song that I composed out of pure imagination. Actually, I took the role of a woman and it became a darling for women to date.

Did the Kenyatta song shape your career?

I was 19 years old at the time, studying at the Kenyatta College. I remember very well the day Jomo Kenyatta invited me to Gatundu. He wanted to see the young man who had sung for him and he sent PC John Mburu to come and look for me in school. I was so worried because I thought maybe Mzee was angry. I was surprised and pleasantly relieved when he patted me on the back and told me it was a great song. I was in Form Five at the time.

Of all your songs, which is your favourite?

I released Ngoro Yakwa I Limuru (my heart is in Limuru) because I was inspired to sing about my hood. A strong force inspired me to sing this particular song and it topped the charts and opened many doors for me. I’m the only person who has managed to sing songs in Kikuyu, Kiswahili and English. 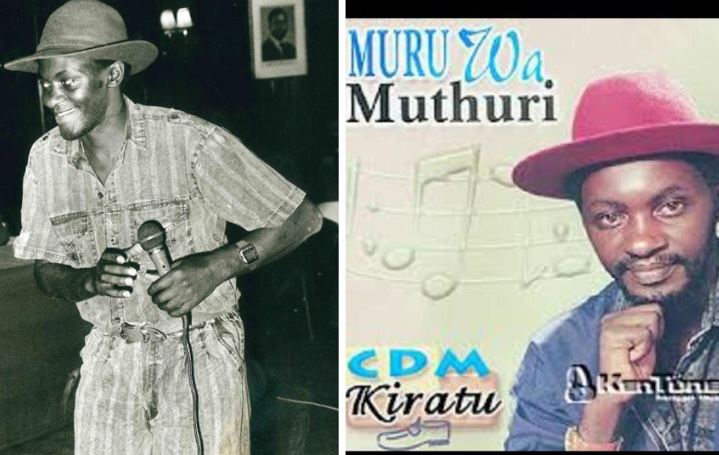 Do you still make a living from your music?

No. Music can’t sustain me now. The culture of buying CDs and the kind of shows I get are not well paying. But then again, the marketing strategies have changed drastically and collective management organisations (CMO) have let us down.

You cannot live on music alone. It’s good to save when you can and are making good money. I made a mistake because I never invested in assets like land. I only bought cars. Money was not a problem back then, but I ended up selling the cars when I got broke. The problem that we have as musicians is that we live for today and fail to invest. Musicians should invest if they don’t want to die poor.

You can become a one-man guitarist…

What happened to Benga music?

Benga will remain Kenya’s best and most famous music genre, spanning over 60 years. Remember music defines generations and therefore it’s dynamic. It has to change. Benga music has not been replaced sufficiently by any other beat. It’s still important, though it is going through changes.

You are the most famous musician from Limuru. Why hasn’t the area produced other artistes?

I’m not the only known musician in Limuru. There are others, though their music has not spread that far. I have mentored the likes of James Waweru Maingi, Peter Kigia, Kimani Thomas, Kajohnny Kariuki, Mwalimu Muna, Jose Gatutura and Jimmy wa Euny. This shows diversity because the musicians I have just mentioned are from Limuru and other areas across the country.

What ails Kenyan music and how can we develop it?

Poor government policies emanating from lack of political goodwill in failing to register new laws to safeguard the interest of the musicians are a major setback. Young musicians lack direction and finances. But lack of political goodwill is a big problem today. Kamaru’s rise to stardom for instance was made possible due to the fact that he was close to Jomo Kenyatta, Kamotho and Njonjo.

Other factors that affecting our music include piracy and poor royalty collection. We can develop local music by protecting it against piracy. Music should also be taught in schools and each county should establish talent centres and music studios.

I was a director at MCSK and also a member of the Kenya Music Festival executive committee. Kenya is a haven of talent in terms of music, but the CMO has let us down.

If the CMO doesn’t collect money for like three years, then the artiste suffers. I believe that a good regulation framework will benefit artistes and enable them to prosper.

13 Things to Know About YouTuber/Content Creator Wanjiru Njiru < Previous
Hilarious Posts by Kenyans on Social Media to Take Away Those Monday Blues Next >
Recommended stories you may like: