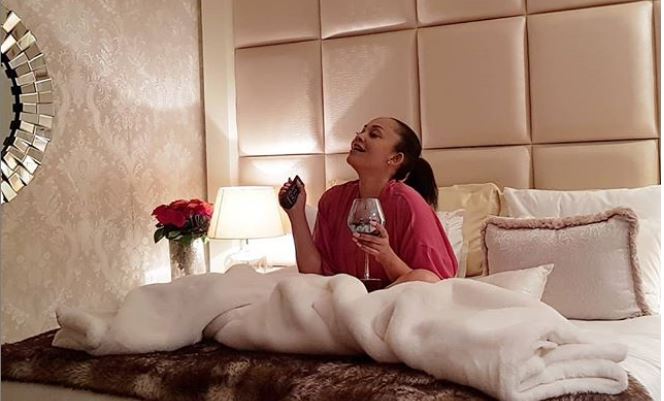 It appears Zari Hassan has officially dumped the family of her ex-partner Diamond Platnumz.

Barely one year since the former ultimate “it” couple parted ways, Zari Hassan has now blocked the immediate family members of the Tanzanian star.

According to the grapevine, the mother of five blocked them to avoid seeing anything they post about the singer’s new catch, Tanasha Donna.

Diamond’s brother Rommy Jones is among those who have been handed a block. He told Tananzian publication Global Publishers that Zari had blocked them but they weren’t too concerned about it.

“I don’t see anything wrong with being blocked by Zari, but what we [are] concerned with is diamond’s happiness. Everything else is not important,” he said.

While Diamond’s sister Esma Platnumz, who recently confessed that she misses Hamisa Mobetto, said that they’ll keep supporting Diamond and that means posting about Tanasha on social media.

“We cannot intrude into Diamond’s relationships, but we support him. For now, he is with Tanasha so we have to show him our support,” she said.

The Top Stories on the Internet Today (Wednesday January 23) < Previous
Avril Finally Explains why she Snubbed Naiboi’s ‘2 in 1’ Music Video Next >
Recommended stories you may like: