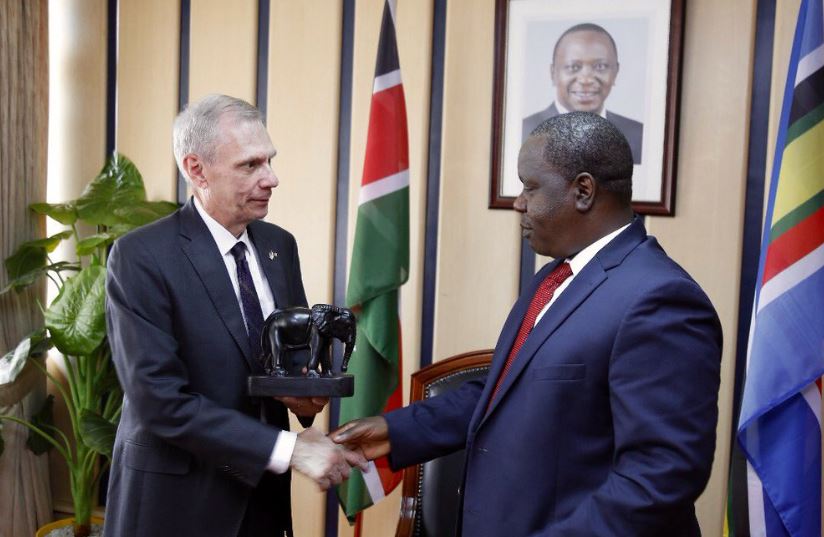 Godec started his visits at AU special envoy Raila Odinga’s Karen residence in the morning, where the Opposition leader and wife Ida hosted him to a farewell breakfast.

Later on Thursday, the outgoing diplomat paid a courtesy call to Chief Justice David Maraga at his Judiciary office.

The Supreme Court President wished Godec well, noting that he had enjoyed working with him.

“I enjoyed working with him, and on my behalf, and that of the Judiciary, I wish him well in his future endeavours,” said Maraga.

“I also thank him for the positive engagement we’ve had on various security matters and wish him well in his future endeavors.” Said Matiang’i.

Godec’s tenure ends at the end of the month after six years as US envoy to Kenya.

Former Senator Kyle McCarter, who was nominated by President Trump in March last year, has since been confirmed as the new US Ambassador to Kenya. 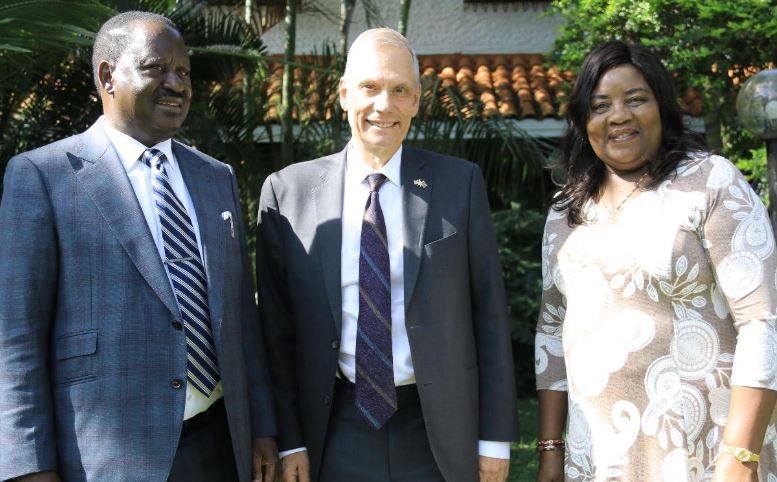 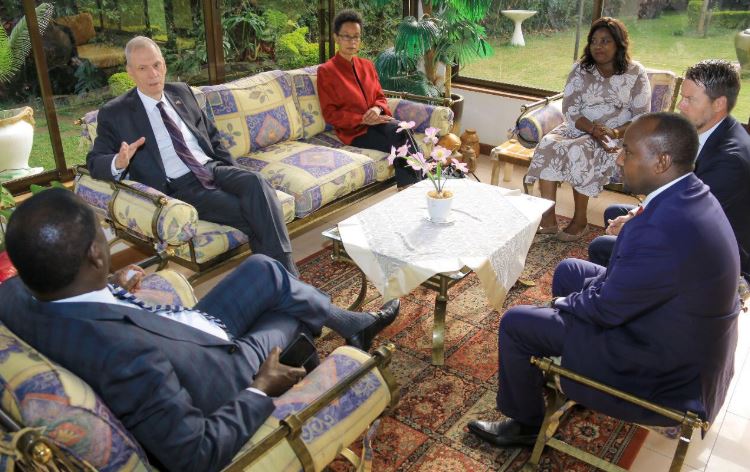 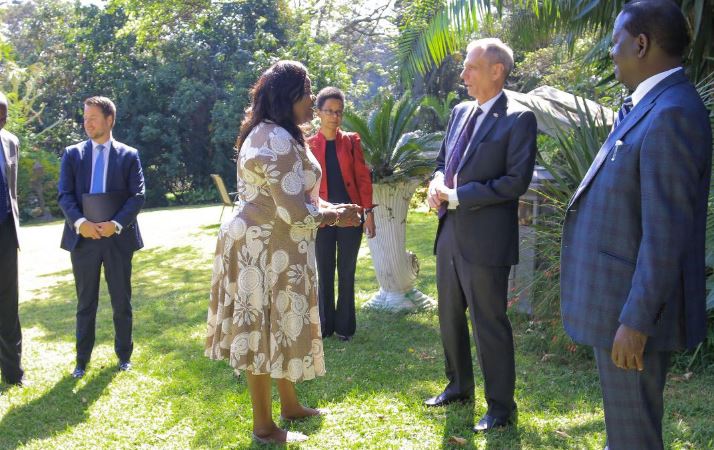 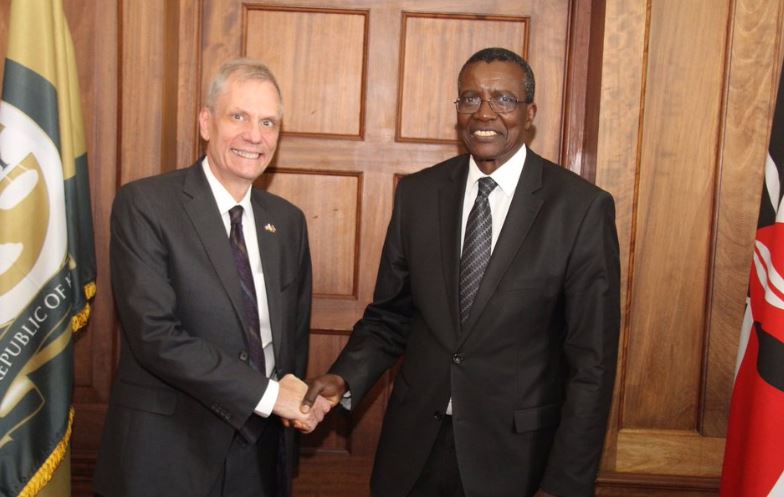 PHOTOS: Sh3B Waiyaki Way-Red Hill Link Road 90% Complete, Kenyans not Impressed < Previous
PHOTO of Barack and Michelle Obama at KICC in Nairobi Excites Netizens Next >
Recommended stories you may like: