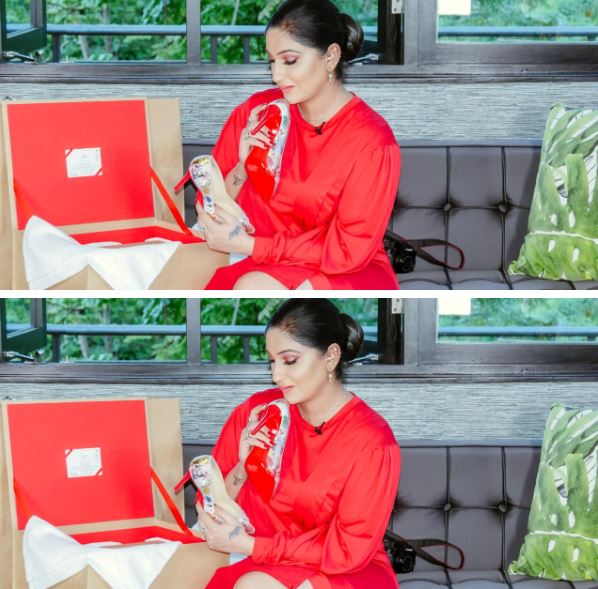 High-flying Kenyan fashionista, Sonal Maherali, is having a great start to the new year. She already owns shoes, bags and clothes from pretty much every major designer, and now she has added another one… a special one.

The fashion icon and YouTuber has gotten herself one of a kind pair from one of the most admired designers in the world, Christian Louboutin himself.

The French fashion designer whose signature high-end stiletto footwear, recognized by their trademarked ‘red bottom soles’, just designed a special shoe specifically made for Sonal Maherali, and with a touch so special and unique, Cardi B would be jealous.

The shoe was nicknamed ‘Trash Shoe’- (or Trash Pigalle if you speak fashionese) owing to the nature of how it came about and what was involved in its intricate production.

Made in Paris, France, the red-bottomed heel was made using a stash of special items that Sonal had specifically sent to the designer. 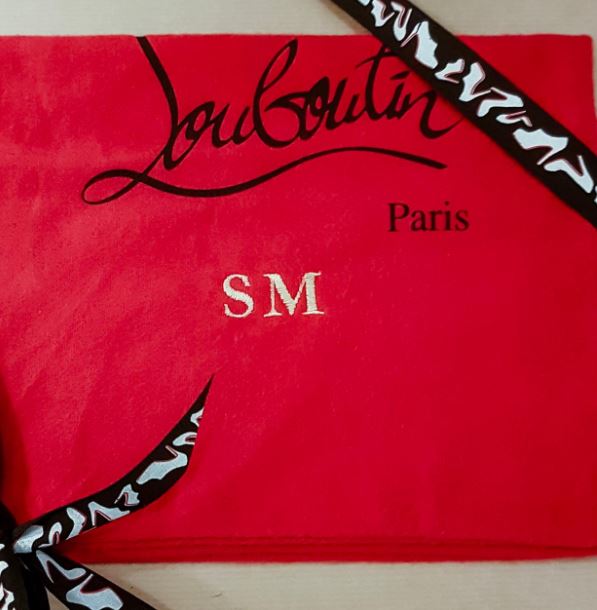 ‘All the things used in the shoe had a special meaning to me, like strings, love notes from my husband, my dad’s old currency , my mum’s outfit, my kids’ drawings, my son’s tie, my daughter’s birth wristbands, and a lot more…’ Sonal wrote on Instagram.

The shoe reportedly took workers at the prestigious Christian Louboutin factory several months to make, and the result is a magnificent masterpiece.

Like the masterful creator he is, Mr Louboutin further added his own touch with a card on it and Sonal’s necklace…aptly naming her the Queen of Spades.

The red bottoms are everything that has come to be expected of Louboutin; glossy, fabulous, jaw-dropping, sheeny, ostentatious and dripping like pure money.

This special heel also cements Sonal as the ultimate shoe queen and is a recognition for her undying love and devotion to luxury shoes and especially Louboutins which even saw her get a Louboutin tattoo on her ankle. 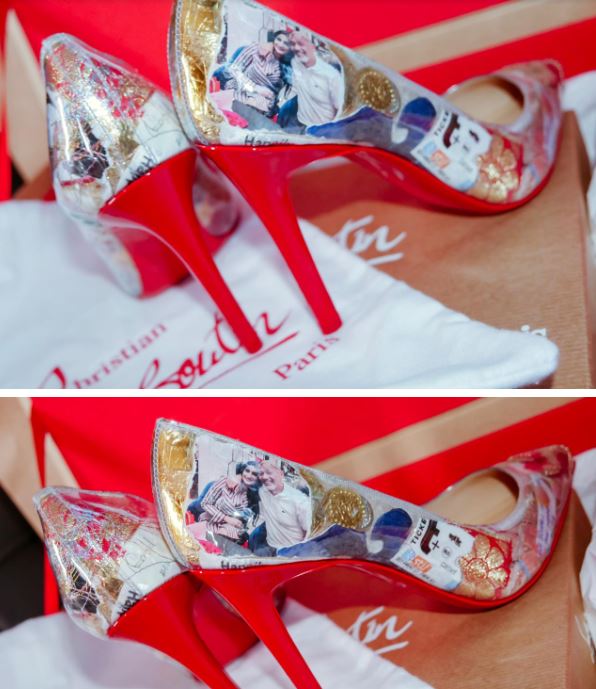 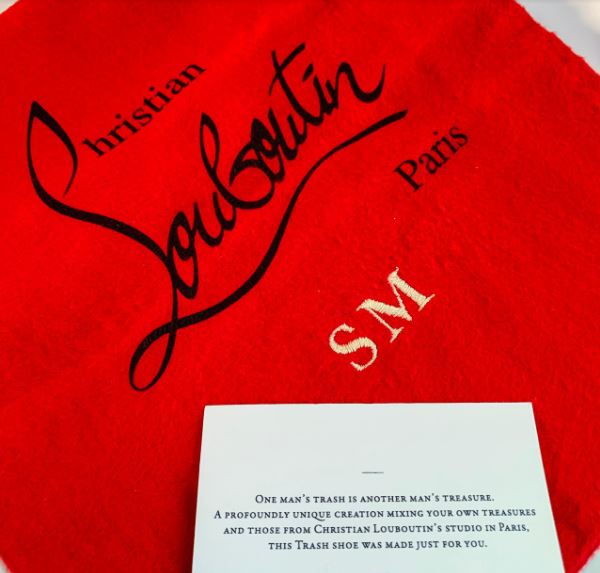 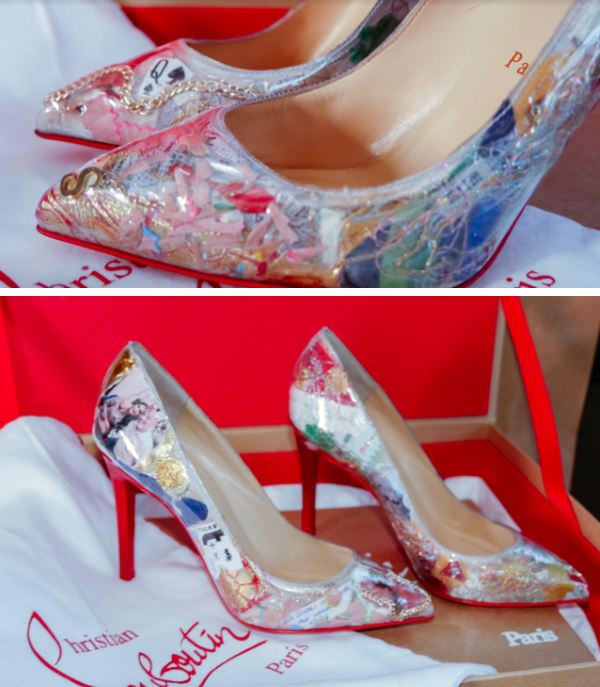 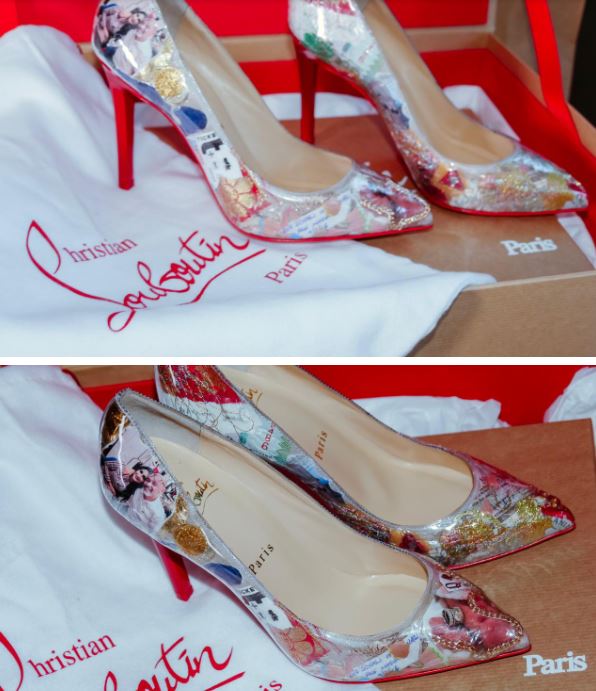