Why Diana Marua Packed her Bags and Left Bahati – VIDEO 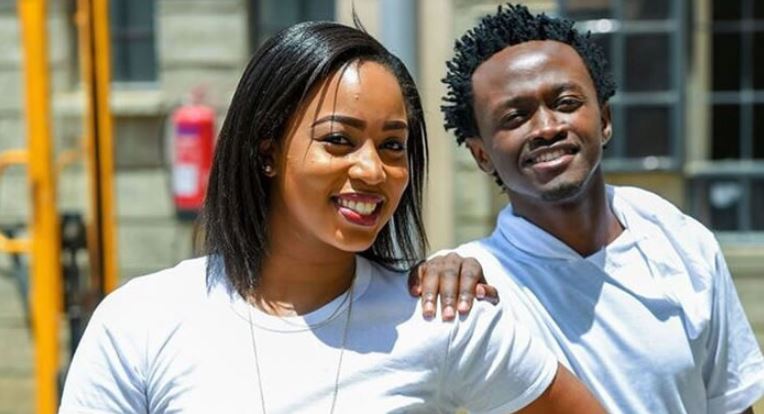 Diana Marua at one point in her marriage to Bahati walked out of her matrimonial home with the gospel singer.

The little-known details of their near-breakup emerged from this week’s episode of their reality TV show Being Bahati.  In the eighth episode of the show, Diana Marua disclosed how she packed her bags and left Bahati in the cold for about three weeks.

According to Marua, she was fed up by Bahati’s constant absence owing to his busy celebrity schedule that saw him spend little time at home while she struggled as a new mom with their daughter Heaven.

During the Sunday episode of Being Bahati, Diana was filmed packing her suitcase and leaving hastily after an argument with Bahati.

Diana also opened up about how she felt like her life had come to a halt after giving birth to Heaven.

Hours before the episode was aired, Diana wrote on Instagram; “Relationships are not a bed of roses, at least from my experience. Social media can be quite deceiving at times because some people only highlight the best moments of their lives. No one shows you their downfall or the challenges they experience in this journey of life. The fact that we’ve been raised differently and come from different backgrounds, we have had our own tough share of ‘bitter’ love and even thrown in the towel.”

“In some of our disagreements, each one of us knows/ thinks that I am right while the other is wrong and vice versa and we all know the end result of that…. Relationships are not goals, they are hard work, commitment, perseverance and being mature enough to know that not every disagreement is worth arguing or fighting about. Maybe sometimes the best solution is to walk out for your own sanity.”

Timothy Muriuki Forgives EALA MP Simon Mbugua for Assault < Previous
Ezekiel Mutua – The Day I Stole Bread and Milk at a Supermarket to Survive Next >
Recommended stories you may like: