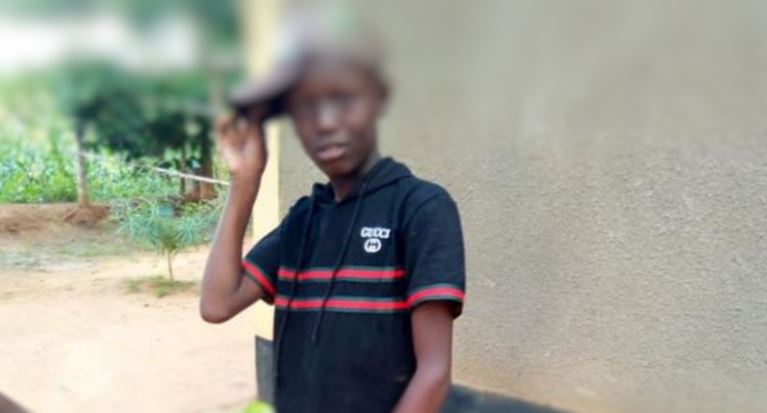 Police in Tala, Machakos County have launched a manhunt for the key suspect in the gruesome murder of an 11-year-old boy.

The standard Seven boy, identified as Nimrod Mutua, was reported missing on Sunday morning after he failed to return home on Saturday. He had left his home at Katangini village in Matungulu for remedial classes at St Francis of Assisi Academy.

The deceased was last seen after he was dropped by the school bus in Tala town. It is not clear why he was dropped at Tala-Ol-Donyo Sabuk road, nearly three kilometres from home.

His parents, Jennifer and Victor Malinda, said they grew anxious when their son failed to show up by evening.

“I can’t understand what really happened. It was not normal for Nimrod to go missing for whatever reason. He would normally arrive home on time before joining his peers to play,” said Mr Malinda as quoted by Standard.

A search for Nimrod was launched Sunday morning after the parents reported him missing at Tala police post.

“We did not suspect that anything bad might have happened to him. But what we came across hours later shocked us to the core,” said Malinda.

The boy’s body was found in a banana farm belonging to the key suspect. It was stuffed in a sack with visible injuries on the forehead, reports Standard.

On Monday, Kalekye Ndeto, a Government pathologist who performed a postmortem examination on Nimrod’s body at Kangundo Level 4 Hospital, concluded that the boy died as a result of excessive bleeding in the brain caused by lack of oxygen.

“His head was also hit against a hard object and there are finger marks on his neck suggestive of strangulation,” Dr Ndeto said, explaining further her conclusion that the boy had also been sodomised.

The pathologist added that they had taken samples from Nimrod’s body that would be used to match with the DNA of suspects arrested to establish who killed him.

“Should there be a DNA match, there will be no doubt who the culprit is.”

Matungulu OCPD Samuel Mukuusi said police were pursuing the suspect, who he described as a known criminal released from jail last year.

“We are following leads that the key suspect was seen with the boy on the material day.

“The suspect is still at large, but we are optimistic he will soon be arrested,” Mukuusi said.

The management of St Francis of Assisi Academy declined to comment on the matter.

Hilarious Meme Compilation (Tuesday September 25) < Previous
The Trending Pics This Tuesday Next >
Recommended stories you may like: