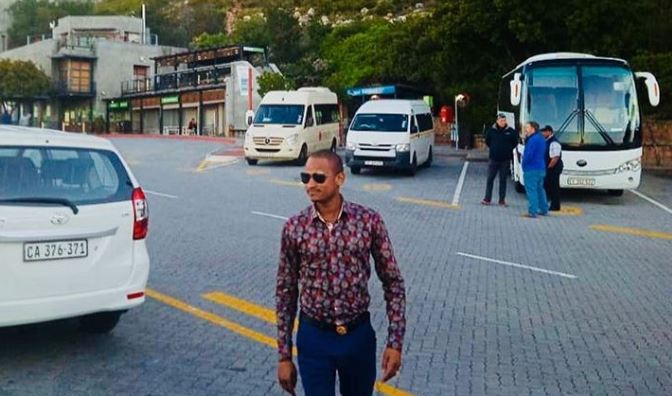 Embakasi East Member of Parliament Babu Owino has vowed to fight for the rights of all Kenyans on the critical matter of the 16 percent VAT on petroleum products.

Kenyans had heaved a sigh of relief when Parliament last Wednesday voted to postpone the implementation of the VAT until 2020, but the joy was shortlived as Treasury Cabinet Secretary Henry Rotich effected the new tax pending the President’s assent of the Finance Bill, 2018.

The move has sparked a nationwide outrage, with a section of legislators from the Orange Democratic Movement (ODM) party threatening to impeach the CS if the new fuel levy is not rescinded in coming days.

ODM’s Babu Owino, in particular, has declared that he will fight the tax to the bitter end.

On his socials, the firebrand politician talked tough saying he will deal the government ruthlessly to protect the interest of the oppressed. However, Kenyans will have to wait a little longer until Babu Owino is done living large in South Africa.

“When I come back from where I am I will start dealing with the government ruthlessly to protect the interest of the oppressed,” wrote Babu on social media. He also shared pictures from his excursion at the Table Mountain, a prominent tourist attraction landmark overlooking the city of Cape Town in South Africa.

In another post, Babu Owino wrote: “We can’t be slaves in our own country. The 16% VAT tax on fuel must FALL. An increase in the said tax leads to an increase in transport cost hence Wanjiku suffers.” 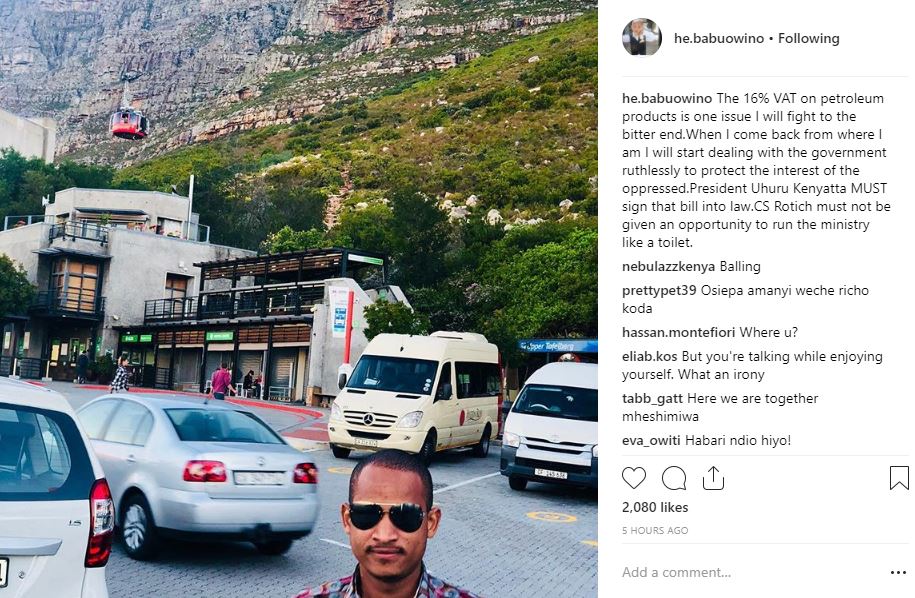 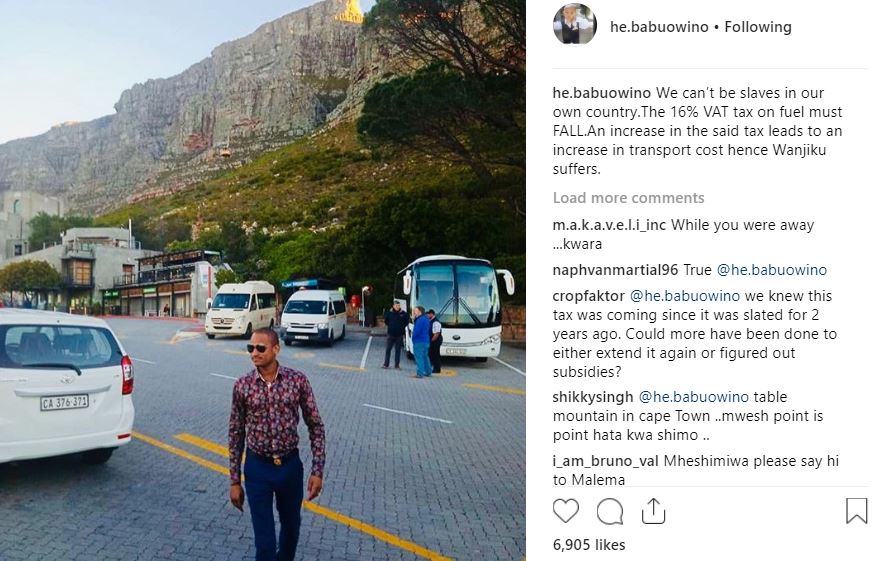 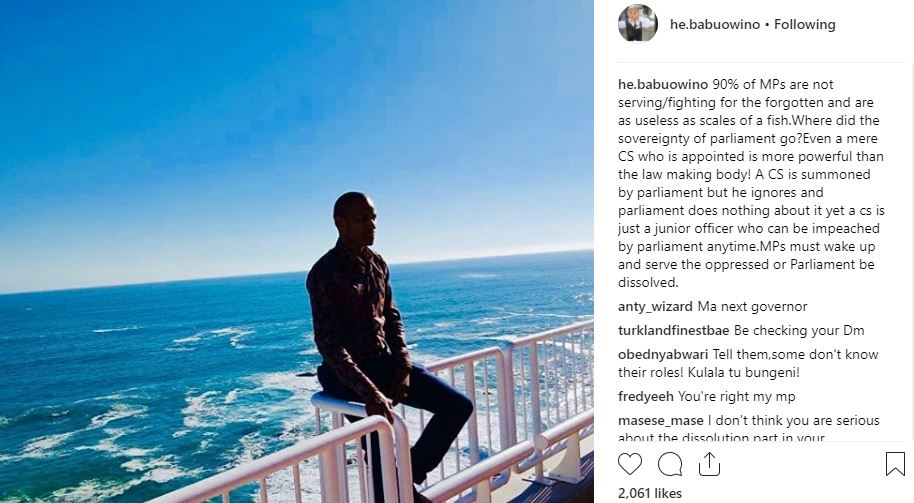 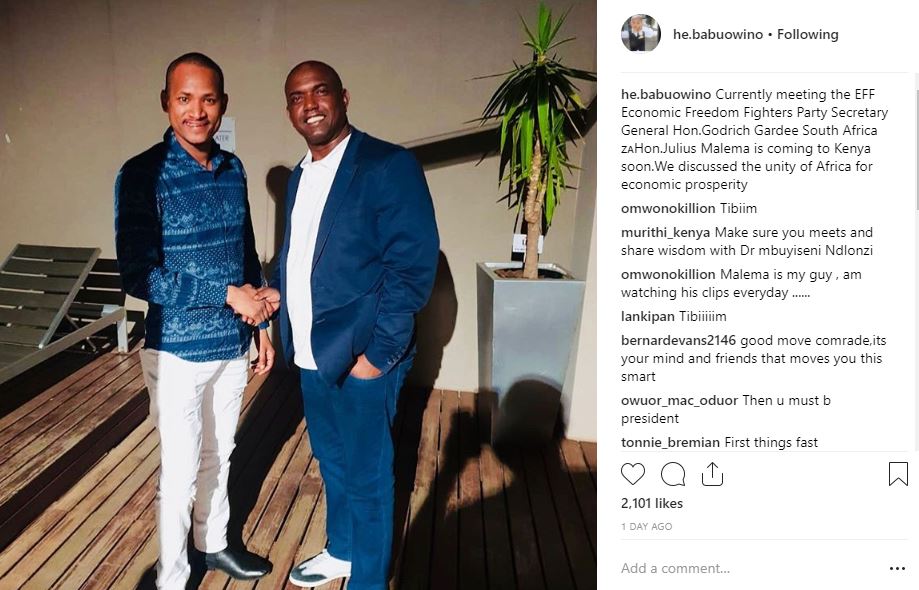 The Trending Images in Nairobi Today < Previous
Don’t Panic, Uhuru Will Will Stop 16% V.A.T on Fuel – Raila to Kenyans Next >
Recommended stories you may like: