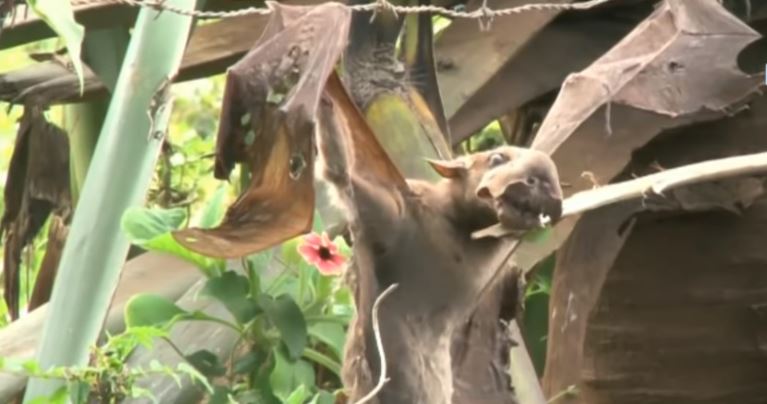 Residents of West Pokot are in panic mode after the sighting of ‘strange’ bats in the area.

West Pokot village youth managed to trap and kill one of the giant bats, which we understand is a hammer-headed type of bat.

The hammer-headed bat, also known as the big-lipped bat, is the largest bat in Africa and is widely distributed in equatorial Africa. It is widespread in West and Central Africa, ranging from Guinea-Bissau in the West, to northwestern Angola in the South, and as far east as Western Ethiopia and Western Kenya (near Lake Victoria).

They are, however, a rare sighting in Kenya, and West Pokot residents are now calling on the government through the Kenya Wildlife Service to capture the monstrous bats that have invaded the region.

The residents say that the bats could be a foreign breed and the government should treat the matter urgently as they are causing panic in the area.

And they have reason to worry as the fruit-eating hammer-headed bat is one of three species of African fruit bat that are thought to serve as reservoirs for the Ebola virus. As of mid-2017, it is not known whether these bats are incidental hosts or a reservoir of Ebola virus infection for humans and other terrestrial mammals.

David The Student Accused of Conning Kenyans in The Diaspora < Previous
KWS Wardens Rescue Elephant Stuck in Mud For Three Days – PHOTOS Next >
Recommended stories you may like: