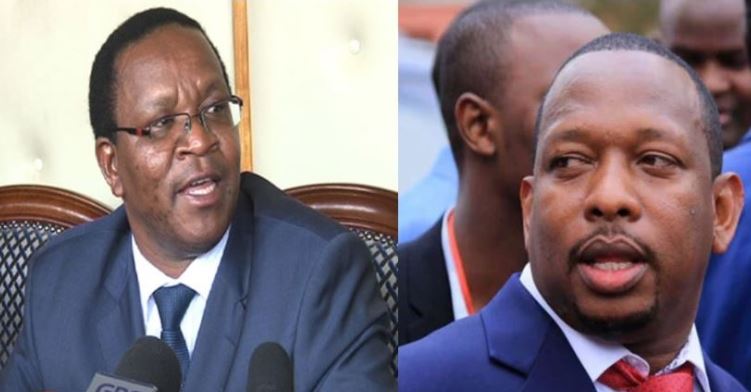 Nairobi Governor Mike Sonko has settled his differences with Interior Permanent Secretary Karanja Kibicho whom he had accused of threatening his life.

In an interview with Citizen TV, Sonko said his relationship with the PS was resolved following meetings chaired by President Uhuru Kenyatta.

Early this year, the two leaders were up in arms over the management of Nairobi County. Sonko accused Kibicho of undermining his authority and at some point alluded that the PS was sending him threats through text messages.

The alleged threats are said to have forced Mike Sonko to relocate from Nairobi to his Mua Hills home in Machakos County, from where he ran County affairs for a couple of days.

The two are now working together following President Uhuru’s intervention.

In the interview on Tuesday, Sonko stated that he was still in charge of Nairobi adding that his tussle with Kibicho was mere politics.

“There is no permanent enmity in politics and the senior officers we had issues with them we sorted those issues. Actually, the President himself chaired that meeting and we are now in good working relations with the National Government.

“I know you want to talk about Kibicho, he is now my good friend. We had tea together and we sorted out our issues and now we are working together for the betterment of Nairobi and the whole of Kenya,” said Sonko.

The Trending Images in Nairobi This Thursday < Previous
Former MP Fires Gun in Attempt to Stop Demolition of his Karen Premises Next >
Recommended stories you may like: