Birds of a Feather? Sonko Claims Waititu Used to Copy From Him in Campus 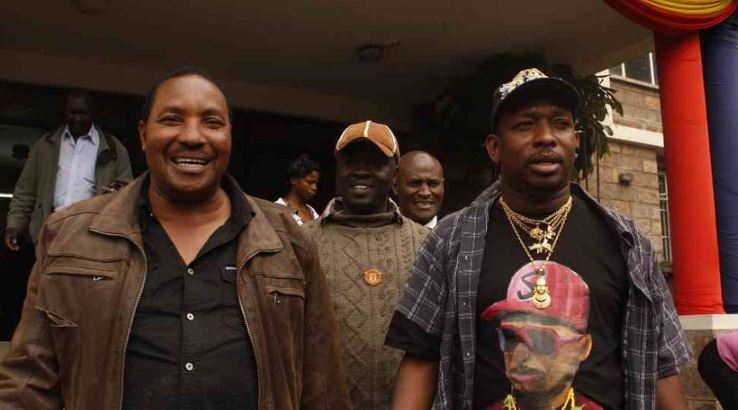 Nairobi Governor Mike Sonko has told off his Kiambu counterpart, Ferdinand ‘Baba Yao’ Waititu, saying he should concentrate on his own county affairs.

Sonko was responding to Waititu’s stand against the ongoing demolition of buildings constructed on riparian land and road reserves.

‘Baba Yao’ has been the butt of the joke on social media for suggesting that instead of bringing down buildings worth billions of shillings, the owners of the buildings should consider diverting the rivers.

“If your house is near a river, you should be told to move the river at [your] own cost. Demolishing houses is not a solution. Honestly speaking, it’s such a big loss,” he said during a thanksgiving service for Kikuyu MP Kimani Ichung’wah at Gikambura.

Waititu’s assertion, however, did not amuse Sonko who on Tuesday took to social media to take a dig at Baba Yao’s intelligence.

In addition to telling Waititu to keep off Nairobi matters, Sonko further sensationally claimed that his Kiambu counterpart used to copy from him during campus examinations.

“My good friend and colleague should concentrate on his county. He should know we don’t mix friendship with work.

“Maybe he[Waititu] does not know what is the definition of a Riparian land and that’s why even in campus he was copying me during CATS,” claimed Sonko.

Well, if Waititu copied from Sonko then there lies all the problems facing Nairobi and Kiambu Counties.

The Nairobi boss further reiterated that contested buildings such as Taj Mall, and Ruto’s Weston Hostel will be brought down if found to have flouted rules.

“Even Weston; My Buru Buru Casurina coco beach plot; Taj mall and many other buildings shall not be spared if found to be on riparian or public land,” declared Sonko.

Sonko went even further and asked Waititu to shed light on the status of a petrol station allegedly constructed on a grabbed public access road at the junction of Mihango and Njiru.

MEDIA: Why Ebru TV is an Emerging Force < Previous
Rapper A.Y Buys Multi-Million Mansion in California as Wife Delivers Baby Boy Next >
Recommended stories you may like: