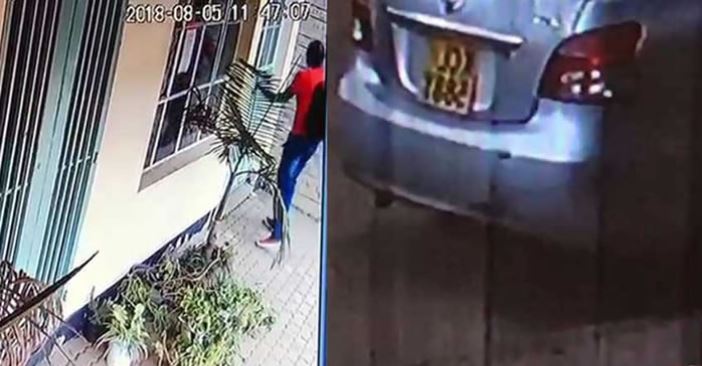 According to Naiboi, the Madaraka based studio was hit on Sunday while they were in Church. He said the thugs made away with goods worth Sh800,000.

“We were in church and on coming back, we found the locks broken and items of approximately eight hundred thousand shillings stolen,” he said.

A Macbook and hard disk are some of the items said to have been stolen.

Naiboi said they have since reported the matter to police.

“Since we do not have our own private investigators, we have reported to the police and investigations are underway.”

“There is CCTV footage that is online right now but we still don’t know the people,” he added.

Naiboi, who rebranded from rapdamu about five years ago, said the studio has been hit three times before.

“The studio is open but we’re not working. This is the fourth time they have stolen so it’s no big deal we will come back,” he said.

Shock as Nakuru Residents Discover Body of Baby Dumped in Trash Site < Previous
Wema Sepetu Explains Why She Can’t Get Pregnant, Wants to Try Again Next Year Next >
Recommended stories you may like: