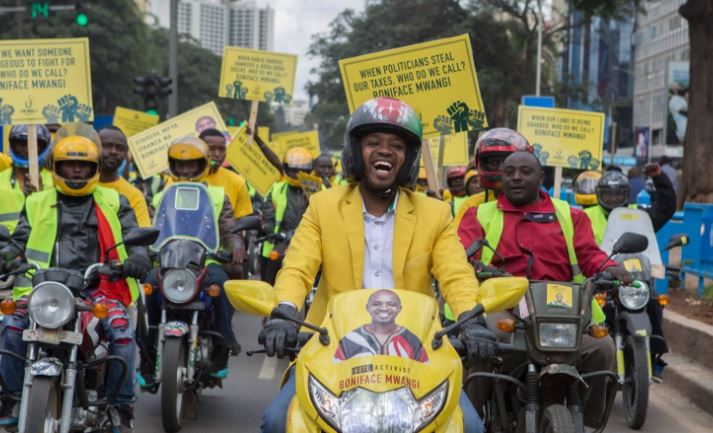 Last year’s Starehe MP aspirant Boniface Mwangi can now heave a sigh of relief having settled all his campaign-related debts.

The renown Kenyan activist made the announcement on social media yesterday, saying: “As of today, 13th August 2018, l have officially paid all my campaign related debts.”

“To everyone who walked me on this journey, l have got mad, mad love for you. Thank you.‬”

As of today, 13th August 2018, l have officially paid all my campaign related debts ?. I feel so goooood! Am debt free. To everyone who walked me on this journey, l have got mad, mad love for you. Thank you. pic.twitter.com/YmgVsqzedH

Mwangi’s revelation comes two weeks after he recalled his first-time experience as a parliamentary candidate, disclosing how he ran out of money during the campaign period.

“Every day, you wake up early and spend the day begging for votes, while your evenings are spent calling on people and attending dinners begging for campaign cash. Voters rush excitedly when they hear you’re in the area, smile and say how much they love you.

You start smelling victory, but you have nothing left to sell and you go to a shylock and borrow some money (I did that too). Lose or win, the campaign ends with most candidates in debt.”

Nicah the Queen Hilariously Trolls Failed Relationship With Dr Ofweneke < Previous
I Discovered Dating Late, Dennis Itumbi Opens Up on Regret and Jacque Maribe Next >
Recommended stories you may like: