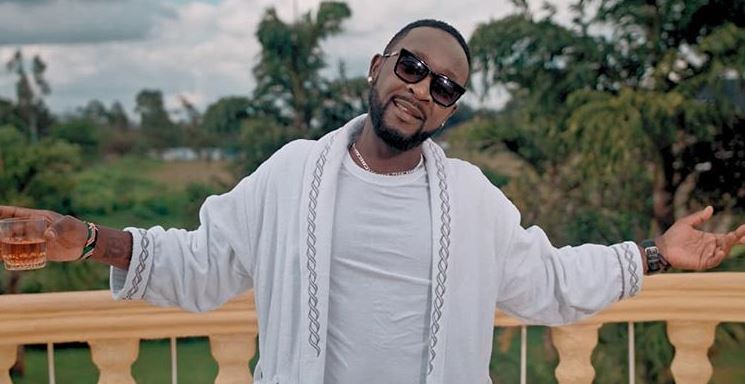 Another veteran Kenyan hitmaker, Big Pin, real name Chrispin Mwangale, is looking to give his music career another shot after going on hiatus for about five years.

Big Pin, also popularly known as the ‘Beast from the East’ due to his epic Luo rap flow, established himself in the Kenyan music scene with hits such as ‘Tera moss’, ‘Bamba’, ‘Breath in Breath Out’, ‘One Girl’, and ‘Gor Mahia’.

His breakout album, ‘ Ogopa 2-strictly for the hanyee in you’, included the self-titled song ‘Big Pin’ which propelled his name to the bigwig league of Kenyan music and he is believed to be among the pioneers of Kenya’s urban music together with Ogopa DJ rappers, the departed E-Sir and K-Rupt.

The Award-winning rapper is now back to reclaim his title as the ‘Luo flow rap King’. His comeback single is titled ‘Ginene[Google Me]’ and is off his upcoming EP titled “Jatelo Chronicles”.

‘Ginene’ is produced by Jegede at Pacho Entertainment Studios and mastered by Lucas of Ogopa Studios.

New Music: The Band BeCa Break 6-Month Silence With ‘Ride or Die’ < Previous
When You Can Expect to Start Paying More for Matatu Fares Next >
Recommended stories you may like: