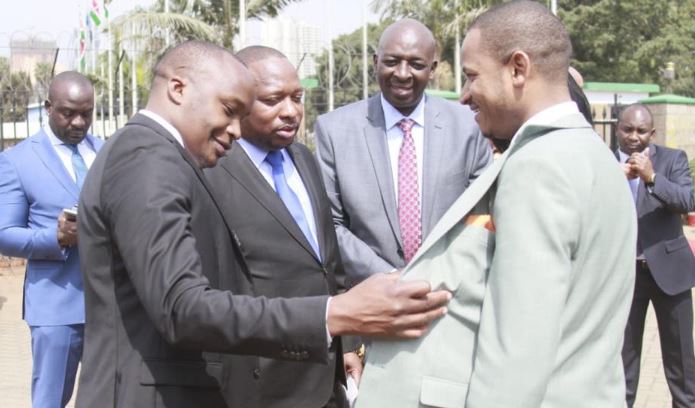 Nairobi’s youthful legislators Paul Ongili alias Babu Owino and Charles Njagua alias Jaguar continued their show of unity as they engaged in a light-hearted ‘dispute’ over their suits.

The two first-time MPs, who were once the sworn enemies after their physical fight last October, met again on Wednesday as President Uhuru led Kenya in commemorating 40 years since the death of the country’s founding President Mzee Jomo Kenyatta.

On the sidelines of the event at the Jomo Kenyatta mausoleum, Babu Owino, Jaguar, and Nairobi governor Mike Sonko were pictured sharing some words about Babu’s suit. Nairobi women rep Esther Passaris was also roped into the discussion. 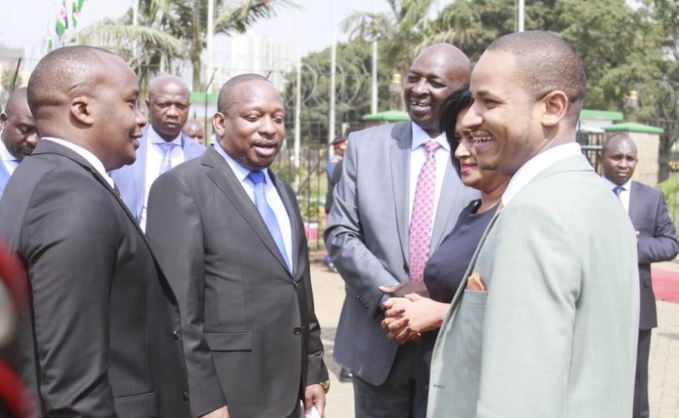 Babu appeared to be the odd one out as he had stepped out in a tailor-made cream suit while his counterparts wore black ones.

Owino and Jaguar, who reconciled in March this year, further took to social media to trade jibes at each other’s suit, exciting a section of fans. 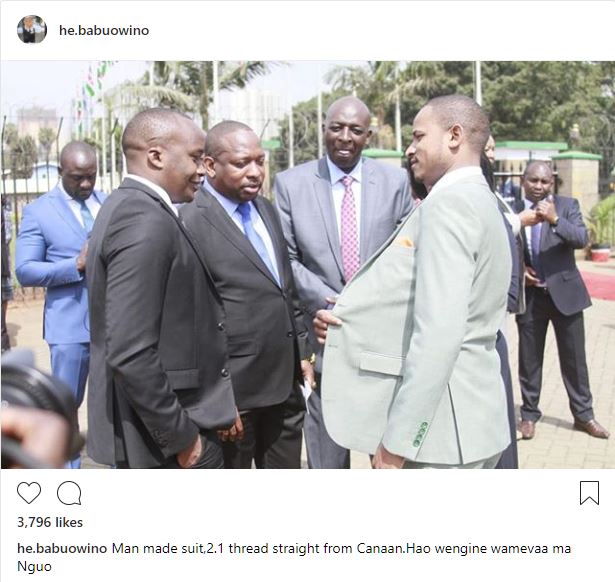 While Jaguar took to Facebook hours later to claim that “a man always look[sic] good in a dark suit.” 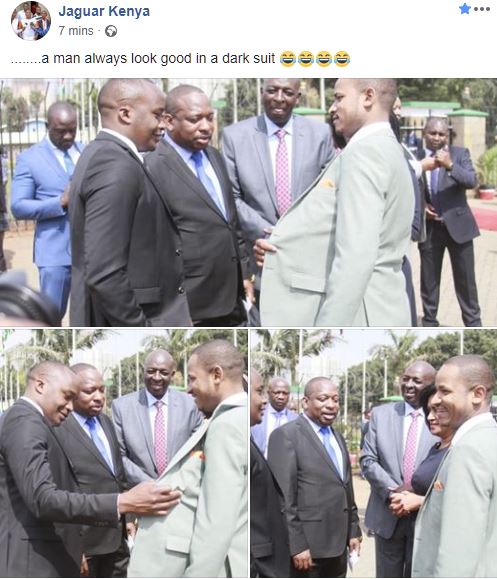 Hilarious Meme Compilation (Friday August 24) < Previous
The Trending Images in Nairobi This Furahiday Next >
Recommended stories you may like: