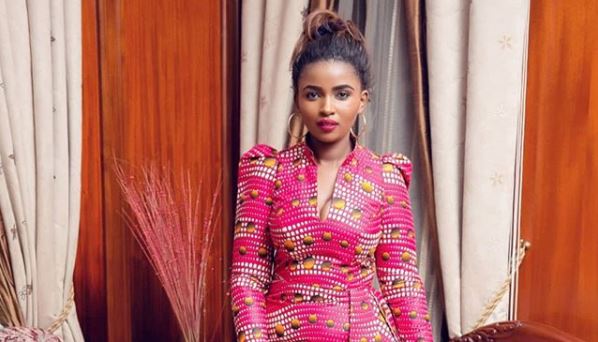 According to the founder and CEO of Executive Still Water, the musician and his video vixen of a girlfriend should keep their matters away from the limelight.

Ms Muigai was commenting on Instagram after a fan had sought her opinion on the controversial and disputable relationship between Vera Sidika and Otile Brown.

“I support them but keep their personal life off social media. I have learnt a lot from it,” she said. 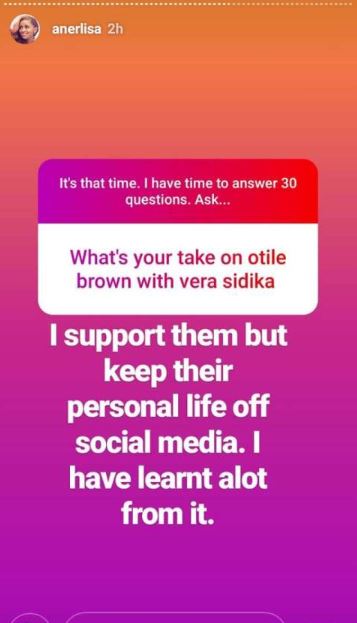 Ms Muigai was speaking from the experience of her failed engagement with an ex sometime last year. After ending the engagement, Anerlisa vowed never to publicize her relationship.

“It shouldn’t be anyone’s business who you are dating or who you’ve been hanging around with. One thing I learnt is that it’s best to keep whoever you are seeing a secret and never show their face on social media. I decided to make that decision a while back after ending my engagement.

“It’s sad to say this but most of the publicized relationships hardly last as there is so much pressure to keep up with all that mess. Keep the people you love a mystery and anyway there are so many people out there ready to spoil what you both have,” Anerlisa advised.

Well, I don’t think Vera and Otile will be heeding that warning seeing as they heavily rely on publicity to promote their respective brands in a cut-throat showbiz industry.