All You Need to Know About Music Producer Vicky Pon Dis 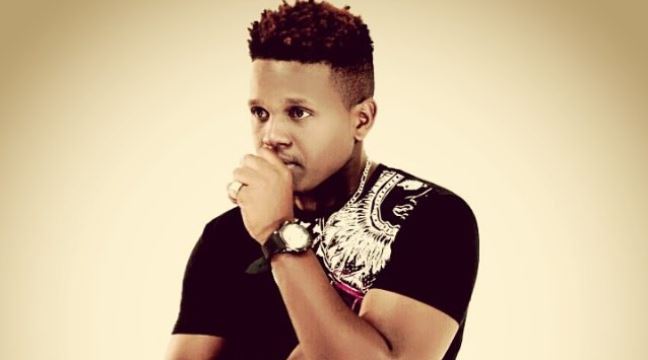 Victor Muisyo Mutungi, known by his stage name Vicky Pon Dis, is the brains behind some of the great musical releases that have and continue to rock East African airwaves in a huge way.

He has produced music for the biggest names in gospel and secular segments of the industry. He is also the face of Simba Sound entertainment company, where he serves in the capacity of both Director and Executive Producer

I started out by producing songs for my friend Seroney, from “Shuga” song fame. He coined the name “Vicky Pon Dis”, meaning “Vicky is on this track”. It sounded cool and I decided to use it from then on.

Seroney has been my friend since our days at Kathiani Boys High School. The interest in making beats began when I was in Form Two. I would make beats at our computer lab with him. The guy who was in charge of the computer lab was my friend, and we’d organise to sneak in at night. I’d install FL Studio and we made music overnight. Seroney would take the beats to a studio during the holidays and record vocals. We did this just for fun.

I have always liked music. I looked up to producer R Kay and told myself I would one day do the things he was doing. However, my parents wanted me to get a degree and work in an office and so I studied Information Technology at Jomo Kenyatta University of Agriculture and Technology. After graduating in 2011, I worked at the Independent Electoral and Boundaries Commission (in charge of IT in Bungoma).

It was hard because I still had music in my heart. After my contract ran out in 2012, I vowed not to go back to that job. I bought studio equipment from my savings and started my own studio.

I set up the studio in my two-roomed house. Basically, I just had my bedroom and the studio in the other room. That’s where we recorded “Shuga” and it did very well.

When I began, I had to do a lot of free stuff. I was still unknown and people had skepticism in my ability. For the whole of 2012, I would get famous people and tell them I could do beats for them for free. To survive, I had to play the piano and guitar for other producers at their studios and get paid for that. I learnt to play the instruments at my father’s church while growing up in Machakos.

The first production works I got paid for were for pastors and church choirs. I would charge a maximum of Sh3, 000 per track. The first commercial track I got paid for was a project that I worked on with DJ Ruff in 2013. He paid me Sh5, 000. It was really motivating to see people appreciating what I was doing enough to pay for it. That project opened more doors for me.

Though I had Simba Sounds Productions, Jumbo Sounds approached me to work for them. My studio wasn’t bringing in much income then so I decided to go into employment in 2014. I left in 2015 to get my studio back on a bigger scale, from the savings I had from that deal with Jumbo. I rebranded and brought in better equipment. Currently, I have producers I’m mentoring at Simba Sounds. We also have graphic designers and a video productions team.

I’ve worked with Jimmy Gait, Gloria Muliro, Naiboi, Otile Brown, Khaligraph Jones, Arrow Bwoy, Hope Kid and DK Kwenye Beat among others. Despite being saved, this is just a business. Just like owning a shop, I don’t choose whom to sell my work to.

As long as it’s not vulgar and it’s positive music, I’ll just do it. It’s also a producer’s job to advise the artiste on what might work or not work from his idea. Simba Sound Films have produced videos for Lady Bee, Danny Gift, Jane Watetu, Madiba Mwana and others.

Lit Music approached me and said they’d love us to work together because of my previous works. They sent me a contract that sees me working with the artistes for two months. So each week I am producing works with two of the artistes.

In Kenya, awards organisers are not really recognising audio producers and video directors. I think that really sidelines us, when only artistes are getting recognition for hit songs. The producer does a lot of work to bring out the artistes.

For example, Guardian Angel was working with other producers before. We started working together in October 2017 and that’s when his breakthrough came. Besides just working together, we have a relationship that makes me understand his sound well and I’m then able to advise him on what will make his music better.

It feels so good and it is very encouraging to a producer to see the artiste they have worked with making it; getting recognised and receiving awards for things you had worked on gives you the morale to work even harder. Seeing an artiste’s life change from what you were able to create is very fulfilling.

The future of Simba Sounds will be in artiste management and digital music distribution. We are looking to also publish music from talented up and coming artistes who are unable to afford studio-time.

Impeccable work ethic is key to being successful. You have to meet client deadlines; some artistes are suffering because producers are holding their work for up to a year or more. You also have to give quality products.

The Hottest Stories on the Internet Today (Monday August 20) < Previous
Rapper Wangechi Speaks on Musical Journey and Wanting to be Like Nazizi Next >
Recommended stories you may like: