Zikki: From Being a Sunday School Teacher to Working With Tarrus Riley 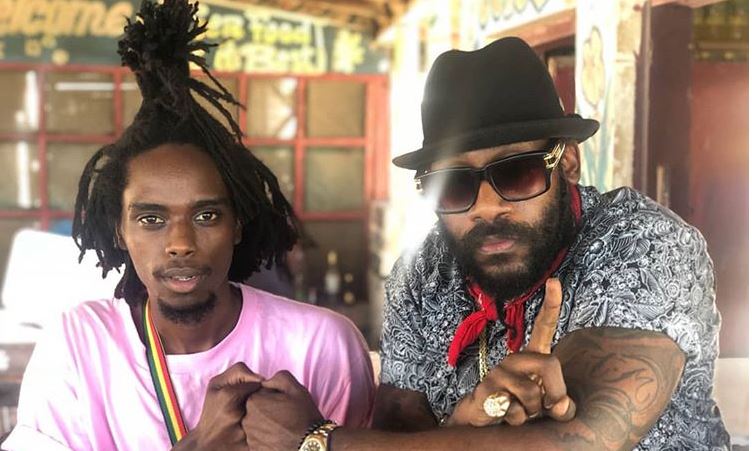 The band, which calls its music style “ZIKKIZA” which simply translates to listen and dance, consists of Bianju Morris, Evans Macharia,  Moses Otieno, and Kelvin Kamande.

Bianju Morris, who is the lead vocalist, spoke about his upbringing, musical journey, working with Tarrus Riley, and more.

What is your real name?

My real name is Biaju Morris. Zikki is the face of the support team that works tirelessly to produce good music. It is a group of three.

Where were you born?

I was born in Kilgoris, Narok County. I am the third born in a family of four — three boys and one girl. My eldest sister often took care of us when our parents were away and when “The BEAT” played on NTV, she often told us, “oneni na mjibambe kabisa (watch the show and enjoy).”

Where did you grow up?
My father was a police officer in Nyeri so I spent a major part of my childhood there. I studied at St Thomas Catholic Academy in Othaya, and proceeded to Kaheti High School.

When you did first realise you were into music?
{Pauses} Like forever bro; music has been part of me since childhood. E-sir’s songs constantly played on the family radio when our parents left for work. My father owned a club and I sampled all his music CDs for the club.

One day, my uncle came home with a Morgan Heritage concert CD and I watched it repeatedly. It inspired me.

In high school, I also sampled many genres of music — from rock to reggae, ragga, hip-hop and even mugithii.

Often, my friend Peter and I would get keys to the Christian Union music house, and Peter would play the keyboard — we would have an epic jam session.

Did your parents support your pursuit of music?
They have always known I love music and they supported me. However, after high school, my dad wanted me to pursue political science. I had to let him understand I wanted to and would pursue music as a career.

How did you find your footing in music after high school?

I joined Mavuno Mashariki Church where I sang in the choir. At some point I became a Sunday school teacher and would sing to the children. They are an inspiration and they give you undivided attention.

Sometimes I didn’t have fare to go to church and I would walk from Kayole to Donholm. I was there for three years.

What music instrument do you play?
Man, the pen, the book, and my voice are my instruments. And let’s say I am blessed to have destiny connectors.

I have Moses Stringman who helps me write down music and Kelvis Soringa who plays the keyboard. As part of Zikki, they constantly keep me on my toes.

Which musician inspired you while growing up? Why?

Kamaru the Kikuyu mugithii maestro. I mean, the man is poetic and inspirational.

Have you ever met him?

No, but I would love to introduce him to my dad.

How were you able to transition from mugithii-inspired music to feel good music?

Which international artistes do you look up to?

Tarrus Riley. His music composition is the cream of the cone. I have been following him since 2002. Bob Marley is another favourite icon who feeds me when I want to build my creativity.

How did Zikki members come together?

I went for a Sarabi background vocalist audition and passed the bar. It was during my stint at Sarabi that I met Moses and Kelvis. We were eight at the beginning but others left for personal growth and career building.

How did you meet Jaguar?
We were enjoying a jamming session at the gate of Mainstream Studio one day when Jaguar passed by. He listened to our lyrics and got interested. That was the birth of Take it slow.

By then, the song was unfinished. Jaguar put down his verse and we hit the studio. It took a long time before we released the song. During this period, I learnt a great lesson on timing releases.

The song is based on a true story, a young man from the ghetto trying to win the heart of a lady from a rich family.
I have done a collabo with Timmy Tdat for Adhiambo, which is really doing well in mainstream media. Getting to understand Timmy’s vibe and create a rendition with him was a great experience.

How did you meet Tarrus Riley?
I met him during an international tour in Jamaica after having stop-over performances in the Bahamas and Panama. The meeting was possible because of my manager who is based in the US.
I couldn’t hide my excitement when I met Tarrus at Jukebox Studio. “Hey my Kenyan brother, how are you?” Tarrus said, welcoming me with a hug. He learnt a little Swahili while dropping a few lines, “Napenda vile wakata, wakatisa kata!”

What project are you currently working on?

I am currently working on a song called “Welcome to Kenya”.

How much more do you want to achieve?

I want to go international and perform in Europe, America and the Caribbean. I want to have 100 million views for my videos.

I want to leave a legacy for my children. I want my music to be the greatest asset they have.