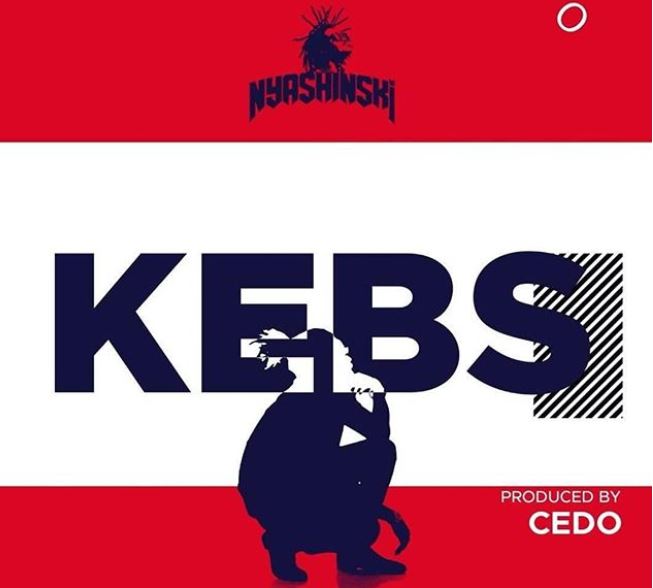 At this rate, we will all be running out of glowing adjectives to describe Kenya’s music wonder Nyashinski.

Four months since he delivered the romantic and brilliant boy-child anthem ‘Bebi Bebi’, the former Kleptomaniax rapper is back with another massive tune titled KEBS.

To say that KEBS is anything other than out of this world would be an understatement.

The title itself is genius. KEBS, for those unfamiliar with Kenyan agencies, is an abbreviation for The Kenya Bureau of Standards (a government agency responsible for governing and maintaining the standards and practices of metrology in Kenya).

In the song, Nyashinski is basically setting himself apart from the crowd as the only standard of quality or as KEBS the agency would say, The Diamond Mark of Quality. The track also comes at a time when Kenya is struggling with contraband goods in the market, with KEBS partly to blame.

The song also sees Nyashinski bravely address the negative publicity that has rocked his short stint in the game since his mega comeback.

The song might be a little under four minutes long but Nyashinski still manages to get a lot off his chest. From allegations of demanding Sh1 Million to appear for a media interview, baby mama drama, his alleged huge ego, and everything else you might have heard about him.

The track’s audio is produced by the music director and producer extraordinaire Cedric “Cedo” Kadenyi and it is nothing like we’ve heard before.

The lyric video is directed by Tony Mwaura (Tonament) & Sir-Nare, and sees Nyashinski and his team place more focus on what he has to say akin to his second single, Malaika.

Check out KEBS below.

5 Things You Probably Didn’t Know About ‘Rongai’ Songbird Adhiambo Serro < Previous
Zikki: From Being a Sunday School Teacher to Working With Tarrus Riley Next >
Recommended stories you may like: