Why Captain Otoyo Has Been Shown The Door By Radio Maisha

The sack comes just months after he joined the Standard owned radio station after resigning from Milele FM in April to fill the void left by Jalang’o last year.

Word on the street has it that Matano has been fired on grounds of gross misconduct and lack of time management.

He is reported to have been reporting to work late and refusing to answer the manager’s phone calls when called to inquire about his whereabouts.

Interestingly, the sack comes barely a fortnight after Otoyo’s former co-host, Alex Mwakideu, parted ways with Radio Maisha after eight years. It also comes in the wake of a raft changes within the media industry with a host of journalists and presenters making moves to rival media houses.

Among them is Jalango who has astonishingly quit the popular ‘Jeff and Jalas’ morning show on Hot96 to reunite with former Radio Maisha cohost Alex Mwakideu at Milele FM.

The breakfast show on Radio Maisha has since been taken over by Mbaruk Mwalimu and Billy Miya, who made their debut on Monday.

Prior to joining Radio Maisha, the two worked at Baraka FM in Mombasa. 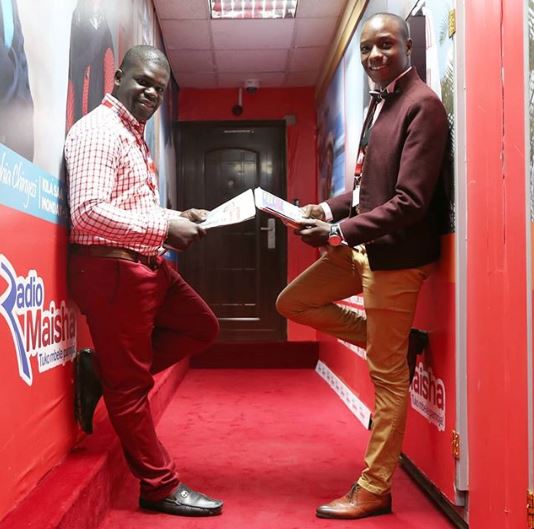 Governor Sonko Dismisses Viral Resignation Letter as ”Malicious Nonsense” < Previous
Peace Out: Jalang’o Officially Quits ‘Jeff and Jalas’ “To Follow His Heart” Next >
Recommended stories you may like: