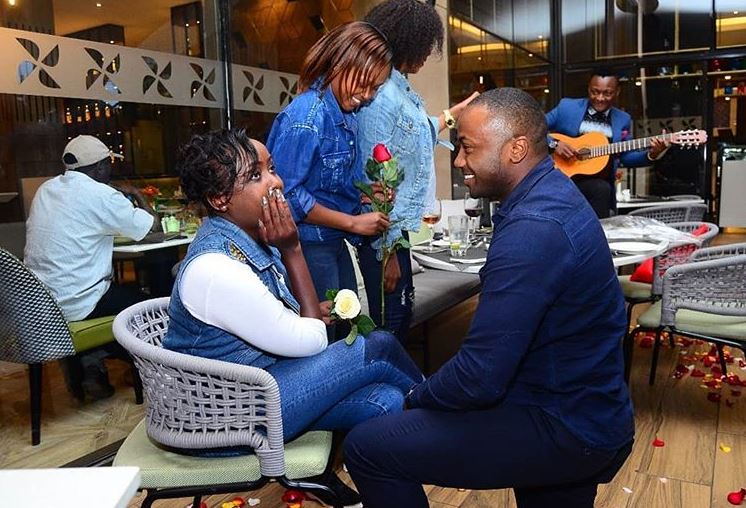 In the clip, Jowie, who apparently is a bouncer in the U.A.E, appears drunk as he strangely imitates a marriage proposal. The bizarre ‘proposal’ was captured at the Koroga Festival over the weekend and it is still unclear who recorded it.

It shows quite the different Jowie compared to the one who went down on one knee a few weeks ago to ask for Maribe’s hand in marriage.

In the short clip, Jowie is seen saying he is about to unwrap a huge diamond ring only to take out a piece of chicken and lick it.

As he unwraps the packaging, he is heard saying “Na hii pete ni nono” before making idiotic faces.

Watch the clip below. Pombe is Ribena.