Only in Kenya: Ben Chumo Vetted For SRC Job Despite Facing Corruption Charges 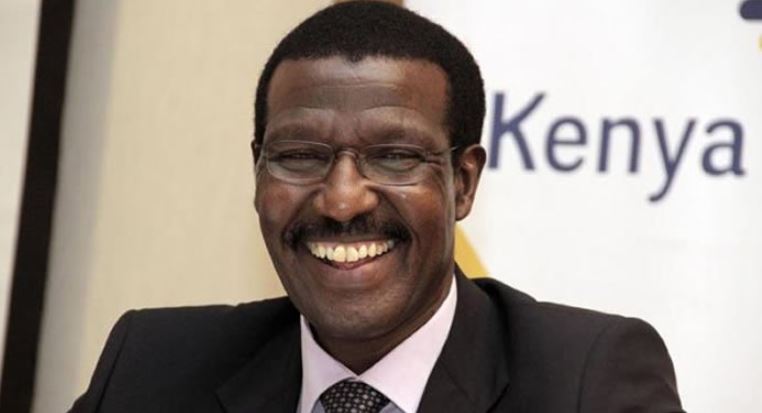 Can you believe this sh*t? – Former Kenya Power Managing Director Ben Chumo, who is currently facing serious corruption charges, on Monday appeared before the Parliamentary Finance Committee looking to become the next chairman of the Salaries and Remuneration Commission (SRC).

Chumo was last week charged over abuse of office, conspiracy to commit economic crimes and failure to comply with procurement laws in the purchase of faulty transformers worth Sh450 million during his tenure as Kenya Power boss.

During the vetting on Monday, Nyali MP Mohammed Ali locked horns with Chumo and the committee by extension, as he brought up the corruption allegations.

“Mr. Chumo I can see that you are a presidential nominee to the position of SRC Chairmanship and you have been to Kenya Power Company, the Company that is said to have fleeced Kenyans a lot of money through corruption.”

“You are in court on corruption charges and you have the full guts to be in front of us to demand the SRC job and yet you have not settled your issues in court,” said Ali before his microphone was shut off.

He was told: “Mheshimiwa Ali, you see this is a House of order and we must be orderly and we must ask questions according to our Standing Orders.”

Defending himself against the corruption charges, Chumo told the committee that the corruption matter facing him is complex and maintained that the transformers in question were procured in 2011/2012 when he was in human resource department and not Chief Executive Officer.

He observed that he is a man of integrity saying: “I never had any incident that undermined my integrity and public trust.

“I was not even a member of the procurement committee at the time, because I was in Human resource. However, I have been accused of procuring those transformers but I wasn’t there,” Chumo said.

During the vetting, Chumo also disclosed that his net-worth is around Sh212 Million.

“Over the 32 years, I made investments across the country. I have some assets in Nairobi…I collect some rent. I have a home. We are raised as farmers so I do some dairy farming. I have some animals, in Eldoret. So I am not complaining as such. My estimate net worth as we speak stands at about two hundred and twelve million shillings,” he said.

“I can’t say I’m a rich man. In relative terms of course. I’ve not yet reached there. I can support my family. My four children; two of them are already out of the house, two are still in college.”

As expected, Chumo’s vetting angered a lot of Kenyans who took to various platforms to express their displeasure with the move.

While some will argue that Chumo has the right to be considered innocent unless proven guilty, the vetting is still absurd and should at least have been put on hold until he is cleared of all the charges.

That Ben Chumo facing a multi-million (billion) corruption case is being interviewed by Parliament to be the Chair of Salaries Review Commission (SRC) is taking absurdity to a new level. Our MPs would have set a new moral bar (if they still had a bar) by openly dismissing him.

The ongoing vetting of Ben Chumo is an indication that we are not serious about the war on corruption.
President @UKenyatta should have withdrawn his nomination of Chumo once he was arraigned in court last week.

How could Ben Chumo find the audacity to walk himself to parliament for vetting for SRC job? After his arrest, President ought to jane revoked his appointment. We can’t make two steps ahead and four backwards yet claiming to be progressing.

Dr Ben Chumo has no conscience at all. Given he is facing corruption charges in court, he shud never have appeared today before the House vetting Committee for SRC chairmanship. He does not respect chapter 6 of our constitution!

It is completely irrational, deceit and dishonest for @UKenyatta to retain Ben Chumo as nominee for @srckenya Chairman. It makes his declarations on corruption appallingly farce. Building Bridges Initiative identified corruption and lack of national ethos that must be addressed

From the police cells straight to a job interview and yes Ben Chumo has a certificate of good conduct in case you are wondering.

Only in Kenya will a bloke be in the dock for economic crimes charges one week & in parliament the next week to be vetted for an office that is meant help achieve transparency & fairness in remuneration setting & review! pic.twitter.com/w22ik0JGmX

Former Kenya Power MD Ben Chumo is at Parliament Buildings for his SRC Chairmanship Position vetting by MPs despite having a major corruption case in Court.

We are truly a Banana Republic, aren’t we?

Remember what John Mbadi said a while ago regarding committees and how once you bribe the Chairperson you are good to go?

Today’s vetting of Ben Chumo has all the hall-marks of a bribed Chairperson protecting a criminal!

Why would Mpigs even consider vetting Ben Chumo when he’s facing corruption charges? Or they must get those allowances by force?Our Kenyan Mps will even vet Satan himuselefu as long as there’s an allowance to be drawn.Shame!

Our views on Ben Chumo will not change anything. If he promises MPs he’ll not opposed their requests for pay in increases, he’ll become SRC chairman. It’s a jungle out here.

Dr Ben Chumo is brave man. He is facing corruption charges in court related to his tenure at KPLC. How can he ask the House vetting Committee to ratify his nomination for SRC chairmanship? This is horryfying!

@UKenyatta it’s an insult to our intelligence for Ben Chumo to undergo vetting with an ongoing corruption case… Let him clear his name first!

Am surprised and shocked at we Kenyans for expecting a bunch of thieves, greedy and morally bankrupt parliamentarians NOT to vet Ben Chumo.

Birds of a feather flock together.

Ben Chumo:” Am worth KSH 212 million shillings, i cant say am rich”

Who else feels insulted by this nigga???

The Trending Images in Nairobi This Tuesday < Previous
Joho Reveals Plans to Scuttle Ruto’s 2022 Ambitions After the DP’s Charm Offensive on Coast Voters Next >
Recommended stories you may like: