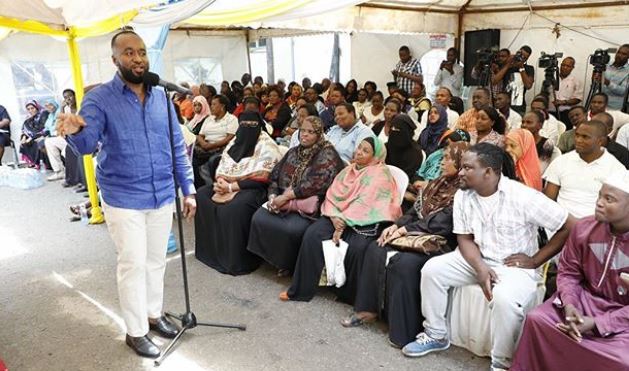 Speaking during the opening of a High Dependency Unit at the maternity wing of the Coast General Hospital Monday, Joho said Ruto’s 2022 presidential ambition is doomed to fail.

The county boss further disclosed that although he cannot force some Coast leaders from decamping, he will work tirelessly with DP Ruto’s rivals as a strategy to scuttle his plans.

“The thing is when one person leaves a team, many more are willing to join. If someone takes over your ally, go and start working with his enemy. It is a fair game,” said the ODM Deputy Party Leader.

This comes in the wake of concerns that Joho was losing the region’s hold following Ruto’s charm offensive to woo the region’s leaders and the electorate to back his presidential bid.

Joho also took a swipe at those dragging Raila Odinga’s name into the ongoing Mau evictions.

“They are clutching on straws for survival,” said Joho, adding that the politicians have found a soft target in Raila and are capitalising on it for political survival.

He castigated leaders “who think that since they are rich, they can trample upon anyone as long as their ideals are followed.”

Only in Kenya: Ben Chumo Vetted For SRC Job Despite Facing Corruption Charges < Previous
The Hottest Stories on the Internet Today (Wednesday July 25) Next >
Recommended stories you may like: