‘Lamba Lolo’ Makes It To The International Urban Dictionary 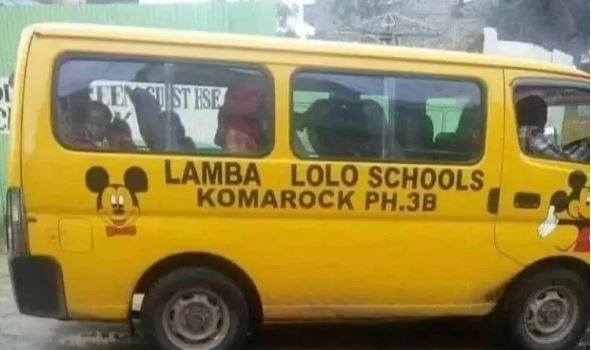 The Kenyan madness that has been ‘Lamba Lolo’ for close to a year has finally gained international recognition.

The sheng phrase that is said to have been originally coined by a DJ as a sound effect means different things to a lot of Kenyans. In recent times, however, it has become agreeable that Lamba Lolo simply means licking a lollipop, an act that is analogized to giving oral sex.

After all the confusion, the viral videos, music videos, and even schools named after Lamba Lolo, the phrase has made it to the popular Urban Dictionary.

According to the online slang dictionary, Lamba Lolo, in polite terms, means “Mind your own business.”

A second definition reads: [Lamba Lolo] originated from Kenya, the phrase initially meant giving oral sex. The statement later became a catchphrase used all over to tease people or bring some cheer. Nothing more to it, it’s just really funny.”

Here are the top 3 definitions of Lamba Lolo according to the Urban Dict. 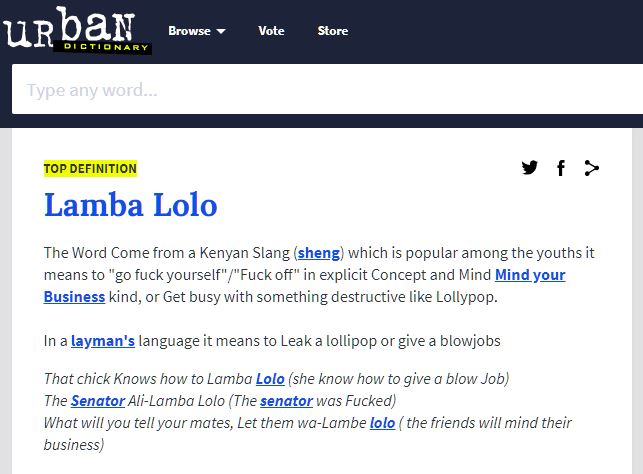 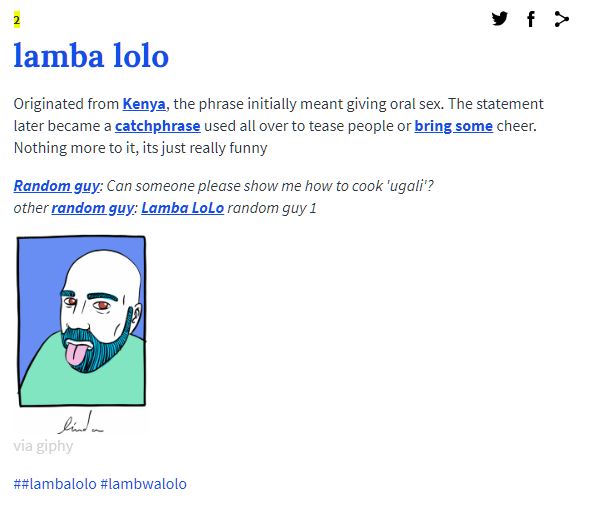 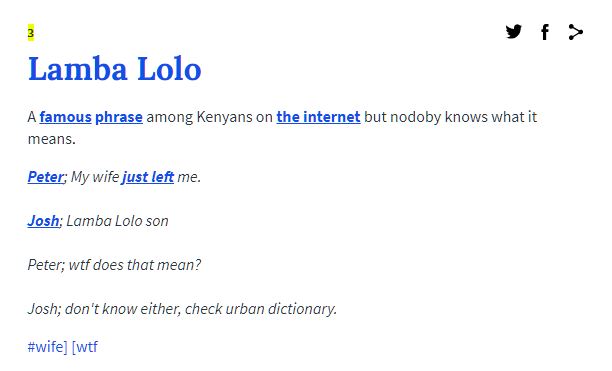 I’m a Stranger to my Daughter, Says Nick Mutuma After 4-Month Separation < Previous
Betty Kyallo Begs For a Free ‘Nduthi’ After Her Sister Won a Motorbike -Photos Next >
Recommended stories you may like: