Janet Otieno: I Got a Vision From God to Do Gospel Music 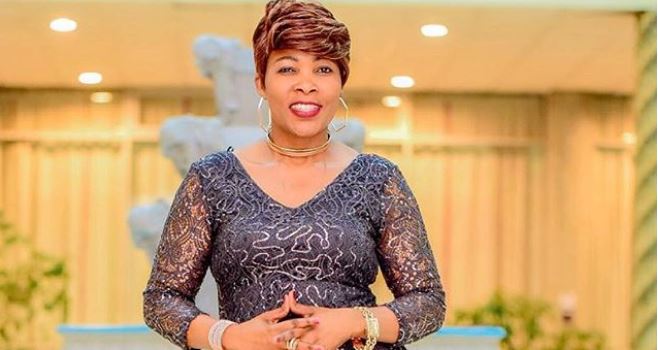 Janet Otieno, who is undoubtedly one of the top gospel music artists in the country, describes herself as a wife and a mother. She grew up in Kisumu County and has become a force to reckon with, despite making a late entry into the music scene.

She opened up about her incredible journey.

Was gospel music always your calling?

I just loved music from when I was very young. I was just doing music in school then, as a teenager, and I joined the church choir.

Who would you say inspired your love for music?

I had different tastes, so the inspirations were also different. Even now, I still have a number of different artistes who inspire me in different ways. I don’t have anyone in particular to pinpoint and say, ‘They got me to love music’.

Which was the first serious choir you joined?

Redeemed Gospel Church in Embakasi, which I joined in 1991. I was one of the main solos. I was a member of the church for so many years, and that’s where I even met my husband. We got married in 1996.

How did you end up in Nairobi?

I came over for college and lived with my uncle then.

Why did it take so long to become a solo artiste?

After getting married I became a mother. I have a daughter in university, another in Grade 11 and a son in Standard Six.

I hadn’t thought about doing music as a solo artiste but in 2013 I got a vision from God, calling me to do it. I would be napping in the day and see myself singing in huge gatherings and people would be in a state of worship.

I went to a conference in South Africa and the pastor called me out, pointing at me, and said God was calling me into ministry. That’s when I got the big push. My first song, “Napokea Kwako“, which featured Christina Shusho, is about being called by God.

How did you get Christina Shusho to feature on your song?

We had known each other long before I even started thinking about wanting being a solo musician.

I had gone to Dar es Salaam to visit a friend, when I felt like recording a song there. I called Christina to ask her where I could do this. She wasn’t in the country but suggested a place. I went there the following day, and she called saying she had come back and she wanted to see the process of my recording.

When she got there and heard the song, she said she was feeling like God wanted us to do the track together. So we sat down, wrote it together and recorded it.

What did you think, having an established name to want to be on your first ever record, and working with her?

God planned for it. The song was a good one and I’m thankful. People already knew her and it was received well, plus she had more industry orientation than I did. It was a good start.

What inspires your song writing?

Every song is different and has different inspirations to why I did it. The Bible’s scriptures and daily occurrences around me are the main inspirations.

Why perform your songs in fluent Swahili, you could be mistaken for a Tanzanian?

A lot of the people who listen to my music are not Kenyans, so I decided to make my music in a language that is understandable to people from any part of the region.

Will you ever perform anything in English?

Yes, very soon. We also want to accommodate the international audience that is not Swahili-speaking.

How many albums do you have?

“Napokea Kwako” had nine songs. We’ll come up with a “the best of Janet Otieno” album by the end of the year. I’m also working on the second album to come out soon after that.

What’s your take on all the accomplishments you have made in five years?

It shows God really chose me to help in spreading the Gospel; he’s working in me and for me. It’s a validation and encouragement to accepting this calling.

My recent song “Asante” is to thank God for giving me this life and opportunity, proof that he doesn’t love me any less because I’m not perfect or the best.

Is it hectic being a mother and a celebrated musician?

In the beginning it was, but I came to realise it’s just about planning. When you let them into everything you do makes things become easier. It’s also important to get their blessings when you need to travel or have long days, so they don’t feel neglected.

What do you feel about people barraging the youthful gospel artistes concerning the content in their music?

We have a young generation of both male and female artistes who may be lacking mentorship; they are still growing and need some guidelines on how to go about it. However, things are also changing and the worship songs that we felt we used to connect with is now becoming more artistic.

Doing reggae, raga or rap is not bad, we just need to address the content in the songs. Are we telling the artistes who are talented in these genres that they shouldn’t sing for God? Otherwise, we’ll lose them to the secular world.

Society is also to blame because it had gotten to appoint where if you didn’t do a club-banger type of song then you wouldn’t get as much support for your music: airplay, award nominations and wins, or concerts. So it became more about showbiz rather than ministry.

Although I would say it’s not that bad if a gospel artiste collaborates with a secular, every human being needs to offer their praises to God, but it has to be purely gospel.

Do you have a favourite song?

“Roho Wako”. It gives me such a connection to God when I listen to it.

Any award that is special?

All of them are favourite because it’s an appreciation of my works.

So an award is very important?

Not really, it just feels nice getting it.

In Eldoret, seeing campus students receive me and moved to worship.

Your vision for the Kenyan gospel industry?

To have the best gospel artiste in the world being Kenyan in the future.

I just like to look good for any occasion.

The Hottest Stories on the Internet Today (Monday July 30) < Previous
Chronixx Talks Kenyan Tour, Grammy Nomination, and Why ‘Weed’ is Derogatory Next >
Recommended stories you may like: