Citizen TV’s Jacque Maribe must be the luckiest girl in the country at the moment.

Just days after her boyfriend asked for her hand in marriage, Jacque had another big reason to smile courtesy of her husband-to-be, Jowie Irungu.

This is after he made it possible for Jacque Maribe to meet American actor Anthony Howard Goldwyn, who played President Fitzgerald Grant in the hit series ‘Scandal’.

The actor has been in the country for the adaptation of the true love story of Kennedy and Jessica Odede as captured in the New York best seller “Find Me Unafraid”.

On Wednesday night, Jacque Maribe got to be one of the few lucky Kenyans who got a rare photo-op with the dashing actor.

She took to her social media to flaunt the priceless moment with Tony Goldwyn and thanked Jowie for what she described as a lovely night.

“Scandal…anyone?? @tonygoldwyn so great to finally meet you in person, my Scandal obsession is on another level…and thank you @jowie.jowi for this lovely night you made for me,” wrote Jacque Maribe. 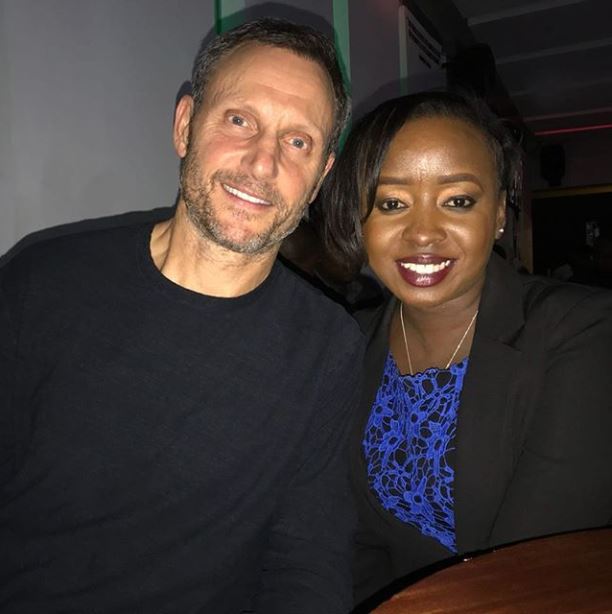 Betty Kyallo Begs For a Free ‘Nduthi’ After Her Sister Won a Motorbike -Photos < Previous
Sonko’s Daughter Caught Up in Husband-Snatching Drama After Flaunting Boyfriend Next >
Recommended stories you may like: