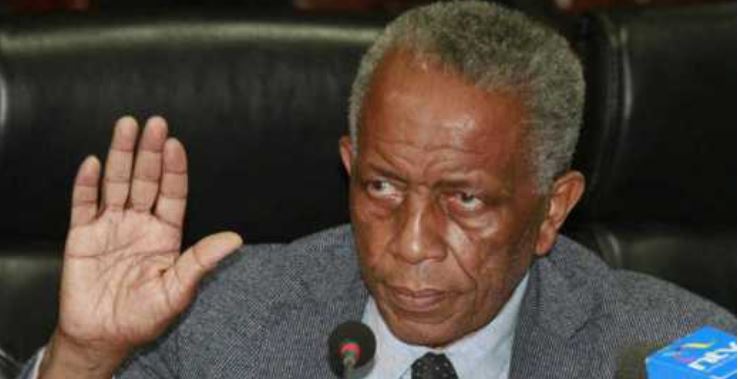 Detectives from the anti-graft authority, EACC, on Thursday raided the home of businessman Francis Mburu, the man at the centre of the Ruaraka Land saga.

EACC detectives are said to have conducted an early morning raid at his Karen home and seized computers and documents they believe will aid in probing the Sh1.5 billion scam.

Confirming the raid, EACC spokesman Yassin Amarow said: “We are still analyzing the documents and I cannot tell you what we have found as at now.”

Mburu, a well-connected tycoon, was allegedly paid Sh1.5 billion by the government for acquisition of the 13-acre piece on which Ruaraka and Drive-Inn Primary schools sit.

The Sh1.5 Billion, which was paid out to one of his companies, Afrison Export Import, is part of a sum total of Sh3.2 Billion he was supposed to be paid for the land. He has since been demanding for the remaining Sh1.7 Billion.

“I will be taking this matter to court to seek rent for the 34 years that the schools have been occupying my land, which is valued at Ksh.5.9 billion. I hope this committee will be fair to me and help me get my rent,” Mburu recently told the Senate Public Accounts and Investments Committee.

“I have a court order showing that the government has been sitting on my land illegally. I have a court order allowing me to demolish illegal structures, including the two schools. But I have not evicted the schools because I care for the children. I hope you will be fair to me.”

Meanwhile, Nairobi governor Mike Sonko on Wednesday declared that the land belongs to the national government.

The revelation by the governor contradicts earlier presentations made by the Land ministry and the National Land Commission (NLC), which told the lawmakers that the land is privately owned and that due diligence was followed in initiating payments to businessman Francis Mburu.

Appearing before the Senate County Public Accounts Investment Committee, Governor Sonko said documents available at City Hall dating back to 1982 indicate that the land belongs to the government.

Miss Lang’ata Prison Ruth Kamande Sentenced to Death < Previous
REVEALED: The Staggering Amount of Money Stashed By Kenyans in Swiss Banks Next >
Recommended stories you may like: